I had planned to respond this week to the letter from the UCLA student (which appeared in the March 11 issue in response to a letter the week before from an elderly Holocaust survivor), but so many e-mails have reached my desk that I decided to devote yet one more column to reader reaction.

The subject of assimilation and Jewish self-hate that is so prevalent nowadays among many young people has touched a sensitive chord, especially in the older generation that still has vivid recollections of the unspeakable horrors of the Holocaust.


I ask our many readers to please understand that while I greatly appreciate their taking the time to write and share their thoughts, and while I find their letters worthy and deserving of publication, I cannot possibly publish them all. The following letter also responds to the concerns raised by the Holocaust survivor – but from a far different perspective than that of the UCLA student. It speaks for itself and requires no further elucidation. B’ezrat Hashem, in my next column I will share my own views.

I was inspired to comment on the letter you published in the March 4 issue of The Jewish Press from a rapidly expiring breed of Jew – a Holocaust survivor – because her words, or I should say her poignant plea, struck a chord in me due to my age (60), my family’s history in the Shoah, and my having a 22-month-old grandson and a daughter who, b”h, is engaged to be married.

The Holocaust survivor wrote, “Ours is a youth culture, and people have no respect for the elderly. When I speak, my children and grandchildren listen respectfully – but they dismiss my words and attribute everything that I say to my Holocaust experience and my ago . I follow the news regularly and, frankly, am terrified by what I read, see, and hear. I see pre-Holocaust Europe being repeated all over again and no one is paying attention. And now that Eretz Yisrael is being surrounded on all sides by Muslim terrorists who openly proclaim that their main agenda is to, heaven forbid, annihilate our people, I am overwhelmed with fear. It doesn’t leave me for a second! I am not afraid for myself – I am already eighty-five – but I fear for my children and grandchildren and for all our Jewish people.”

This unknown woman eloquently put forth the quintessential message of Parshas Zachor and Purim. Unfortunately (and maybe rightfully so), she views many of us – Jews in America and around the world who are younger than she and did not see, feel and hear what she and you did – as those described in the Hallel prayer: “They have a mouth, but cannot speak. They have eyes, but cannot see. They have ears, but cannot hear . O’ Israel trust in Hashem; their help and their shield is He!”

Her words, though simple, have a powerful message that cuts to the heart of the meaning of the word zachor in the Torah, and I agree with her that it is time to heed it because as I see it, whether we believe her or not, they are prophetic. So let’s not dismiss her as an old fool – as revisionists no doubt would – but as a woman who speaks with a Ruach HaKodesh that comes out of the flames of Auschwitz, one of the dwindling number of such voices that will, within a matter of years, be lost to us forever.

As we know, Megillas Esther does not mention G-d’s name even once. Why is this? Because all of G-d’s actions surrounding the events of Purim were hidden, and though there were vivid hints, only Mordechai and Esther saw and acted on them. This woman who wrote you that letter is a modern-day Esther.

Look around – we too have vivid hints of impending tragedy, so why are we not seeing them – the fractions among Jews; the unrest and terrorist bombings in Eretz Yisrael; and the spreading political upheaval in the Middle East and the rest of the Arab world that may yet lead to a united and strong Islamic kingdom.

Then look at the significant rise in global anti-Semitism, especially in Europe, not coincidentally sparked by poor economic conditions and an underlying hatred of Jews and apathy for our enemies – just like in the days preceding the Shoah.

My purpose in writing, however, is not to identify the problem but to reiterate a timeworn but often pushed-aside solution, which in this case is quite simple yet for whatever reason quite hard to put into practice, especially among our youth, both learned and unlearned.

Mordechai and Esther saw the signs and sparked a return to tefillah and teshuvah. It was this combination that succeeded in toppling Haman the Amalekite and neutralizing King Achashveirosh.

And how do we neutralize our enemies in our day? We must understand that we will not succeed without Hashem’s intercession. Our salvation can be found in increased and improved tefillah, and better midos from ourselves and our children at all ages.

And while we must support Israel, in hard economic times we should look at what has worked in the past and will work in the future and first support our own makom tefillah and local yeshiva where we pray and where the next generation of Jews is being educated. We must also do a lot of kiruv rechokim, bringing lost souls back into the fold. And I think we also need to work on kiruv kerovim, bringing the frum world back to basics; as observant Jews we should no longer take our middos and our rushed prayers for granted. 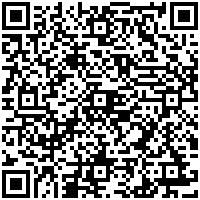