Brooklyn College’s Middle East politics graduate course made headlines at the beginning of this semester. The newly hired adjunct professor, Kristofer Petersen-Overton, was fired and shortly thereafter rehired. Instead of employing responsible measures to ensure a balanced Middle East course, the college’s administration chose an extreme and spineless response – one that is overwhelmingly obsessed with the Israeli-Palestinian conflict and specifies on the syllabus that it will “not include details about Iran, Turkey, Afghanistan or Pakistan.”

I am a student in that class. As we went around the room on the first day introducing ourselves and explaining our level of Middle East knowledge, many stated simply that they do not know much about the region at all. Regarding the Israeli-Palestinian conflict specifically, the average student probably knows little about this issue, having spent very modest time reading and discussing this complex issue.

The Middle East is a controversial subject beset with polemics and disputed scholarship, and requires a professor with academic integrity and balance. Yet the hired professor has published his views in one of the most virulent anti-Israel polemical forums called Electronic Intifada, and there is little else in his online records and published works that display serious research or wider understanding of the scholarly debates about Israel and the Palestinians. He admitted, “I have very vocal views in favor of the Palestinian cause…” and at the beginning of the first class he said, “I’m not a Middle East expert – far from an expert – and this is my first experience teaching.”

Almost all of the readings are completely one-sided, and the professor does not encourage much critical thinking during class. A glaring flaw is the failure to include any major works on Israeli nationalism – of which there is no shortage. I am eager to explore the Palestinian perspective, but I am just as eager to explore the Israeli one. So far, we students have delved into the Palestinian narrative, but have been deprived of serious scholarly knowledge of the Israeli narrative. How could a professor intentionally slice a coin in half like that?

Thus far, the main points a student following the readings and conversations walks away with are: national myths promote nationalism; Palestinian identity exists; Pan-Arabism does not really exist; Zionism is totally secular and was not part of mainstream Jewry until recently; imperialist Brits made promises to both Israelis and Arabs as part of World War I for strategic interests (meaning the Balfour Declaration is meaningless); basically there was a Palestinian expulsion; and new historians had access to damning material (meaning “old-tradition” Zionist narrative is not credible or worthy of study). Each of these points used to undermine Israel has scholarly refutations. You get the idea, however, that the classes do not hold much diversity in thought.

Here’s a taste of some things the professor has said in class: “I find [Columbia University Professor Rashid] Khalidi’s argument compelling. No serious scholar disputes Palestinian nationalism today – not just as reactionary to Jews.” And while briefly reviewing historical highlights of the region (the time of Muhammad’s presence and the birth of Islam), the professor said, “If anyone is Muslim here and wants to add or correct something, feel free.” He didn’t offer this kind invitation when discussing ancient Jewish history or Zionism. This is indicative of an offensive double standard.

The take-home message for me is that we Jewish students need to take these classes, and respectfully challenge the bias so that fellow students see that there is a larger picture and that two sides of the coin exist.

To push the point in the class, this was the closing paragraph of my class presentation last week on the topics of World War II, the 1948 Middle East war, and the creation of Israel: “A critical point that these readings made me realize is that we must be mindful and alert readers, take nothing at face value, and do our own research. Just because someone published black on white, it doesn’t mean it’s the full picture. A big failing that I hope my presentation highlighted is that many simply ignore context – failing to pull back the lens and looking at the broader picture. Also as students of political science, we’re used to analysis of politics – but the question is, are we capable of analyzing and drawing intelligent, meaningful conclusions if many of us barely have rudimentary scholarly knowledge of the issues? Especially when we’re talking about the weighty and complex Israeli-Palestinian conflict, we need to carefully study the facts from all perspectives so it can be balanced and nuanced. Unfortunately, however, we were given to read Morris, Shlaim, and Masalha – but limited Zionist perspective. So can we fully weigh the points ourselves?”

While the burden of balance should not weigh on students, this is the situation in most academic institutions. If we don’t provide that balance, then who else will do it? 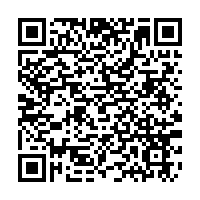