It’s a humbling experience to live in Israel, among Jews whose genes date back to Bayit Rishon. It’s equally humbling to study the historical overview that is the Koren Ethiopian Haggada Journey to Freedom: Celebrating Ethiopian Jewish History, Traditions & Customs. Looking at life untouched by Talmudic exegesis is a trip into the collective Jewish past, an historic breakthrough.

Rav Rachamim Goshen discussed this new publication with me. A man of Ethiopian heritage who teaches in the Ahavat Yisrael/Rappaport school for girls in Bet Shemesh, he appreciates, among other cultural realities presented in the book, Koren’s accurate representation of Ethiopian prayer leaders – called Kessim. “Ethiopian women and many males only answer ‘Amen’ to the prayers chanted by the Kessim,” he and the Koren haggada agree.

We were impressed with the Hebrew-English haggada’s photographic evidence of the lives led by Ethiopian Jews. The pottery, the unembellished homes, school, and synagogues, the gaunt Jews in modest clothing and head coverings guiding equally emaciated farm animals portray dedication to Torah values despite harsh political and topographical conditions. Colorful paintings by children and artisans complement the photos with a sense of gaiety. Amharic documents spread across several pages give global Jewry a peek into the literacy and literature of Jews cut off from centuries of contact with the wider Jewish world. Ethiopia’s Jews were surprised to learn of Ashkenaz, Occidental, and other Jewish groups in the late 18th century. Surrounded by forcible Christian missionaries and conversions, Ethiopia’s surviving Jewish communities had believed themselves to be the only remnants of Judaism worldwide.

Editor Rabbi Menachem Waldman provided a general mention of his decades-worth of rescue efforts for the sake of Ethiopia’s Jews in the forward. He stands off to the side, so to speak, letting Ethiopian Jewry’s story tell itself. Page 53’s black and white rendering of The Vision of Abba Baruch appears beneath a photo of the priest’s face; the prophetic 1935/5695 announcement described the future rescue of Ethiopian Jews. Rare photos show the arduous, sometimes fatal journey through the Sudan to freedom, as well as initial interactions with modern technology. Hold the haggada a distance from your eyes that will likely fill with tears. The artwork, the faces filled with fear, awe, and naiveté alert readers to the miracle of Jewish Ethiopia’s isolated survival over centuries.

The cover photo of Ethiopian Jewish women preparing Passover matzot is an apt metaphor for the Pesach experience. As I watched a man who has saved many lives on his own initiative – my friend Rabbi Ephraim Kestenbaum, of kosher oat matza fame – reading this publication, my soul resonated with his words, “Everyone must read this haggada. I want one.” 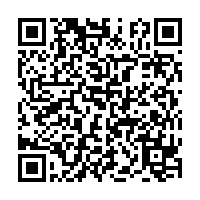