Surveillance footage from the security cameras at the Ozar Hatorah Jewish school in Toulouse indicate that a video camera may have been strapped to the chest of the shooter, who calmly killed a rabbi, his two children, and the daughter of the school’s principal on Monday.  The murderer then escaped on his moped.  He is still at-large.

The unknown attacker shot Rabbi Yonatan Sandler and his young sons Aryeh (6) and Gabriel (3), before chasing 8 year-old Miriam Monsonego into the school’s courtyard, grabbing her by the hair, and shooting her in the head.  A 17-year old, unidentified boy was seriously wounded in the attack.

The anti-Semitic killing has been linked to two recent shootings of French paratroopers of Arab and black backgrounds.  A .45-caliber automatic pistol was used in all of the attacks.

The killer is believed to be a member of a neo-Nazi group of former French soldiers.  Three of the four soldiers attacked were members of a regiment from which those neo-Nazis had been court-martialed, according to a report in the New York Times.

A minute of silence was observed at 11am at schools throughout France for what President Nicolas Sarkozy called a “national tragedy”.  The president stationed police officers and guards at Jewish and Muslim schools and places of worship until the perpetrator is apprehended.

Rabbi Sandler and his family came to Toulouse from Jerusalem for a teaching position in July.  Their remains will be flown back to Israel for burial, in accordance with the wishes of the family and with the assistance of Israel’s Foreign Ministry. 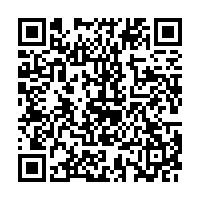