BREAKING NEWS:  An illegal and unauthorized group tried to forcibly enter Beit Bnei Rachel in the Rachel Tomb walled complex today, reported Dov Shurin, a radio host who serves as the house manager.  The police were forced to respond and prevent the trespass, as the group which has made previous attempts to remove any trace of the rightful owner of the building, Rachel’s Children Reclamation Foundation (RCRF), continued in their efforts to destroy the foundation. The group accosted one of the women who studies with RCRF for the building key and resorted to trying to break the locks on the back door to enter the building. The group tried to break in again with an axe at  1:30am Israel time and the police have responded again. Damages to doors today are $1000. Damages since their occupation are immeasurable.

The police ultimately denied access to the unauthorized group and instructed them that they must take all of their claims to court.  This sends a strong message to the group that has long evaded the legal process that they cannot continue their strong-arm tactics and invade the property that was purchased by RCRF in 2001.


Despite today’s confrontation, Dov Shurin announced that all RCRF activities will continue as they have for the past decade and encouraged the public to come to Beit Lechem to study, pray, and learn the ancient but timely lessons of Rachel Imeinu.

_________________ Rachel Imeinu, the Jewish Mother par excellence, was – according to Biblical sources – buried “on the way” from Jerusalem to Hebron, in Bethlehem to plead for her children going into exile and to welcome them back upon their return. Bethlehem was the home of Boaz, Ruth, Naomi, and King David. King Solomon exempted the residents of Bethlehem from taxes because of his personal attachment to the place where King David was a shepherd and wrote the Tehillim that we read with passion today when we encounter problems and the need for tikkun. Rachel has always been a symbol of the unity of the Jewish people, whose sacrifice on behalf of her sister has inspired Jewish women to emulate her as a role model.

Helping to protect and reclaim the burial site of Rachel Imeinu became my mission in 1995.  I formed Rachel’s Children Reclamation Foundation (RCRF), a 501(c)(3) charitable foundation when Rachel’s Tomb was on the Oslo chopping block. Some government officials suggested giving away Rachel’s Tomb (“Kever Rachel”) or even moving it. Klal Yisrael rallied; Rabbi Menachem Porush and Chanan Porat cried. My organization was instrumental in having hundreds of petitions, proclamations from US officials, as well as children’s letters sent daily in support of retaining Rachel’s Tomb for the Jewish people. PM Rabin responded to the outcry by adding an amendment to the September 28, 1995 Oslo Agreement that put Rachel’s Tomb in area C, completely under Israel control as part of the larger designated area which reaches beyond the area where the separation fence was constructed.

On the day of PM Rabin’s Assassination, 50,000 people were visiting Ima Rachel’s kever on her yahrzeit. On that weekend, I chaired a 3-day Conference of the Women’s Branch of the OU in Washington, DC. The theme of the event was “Breaking the Silence” and the theme song, “We are Rachel’s Children” was introduced that day.

From rallying Rachel’s children to reclaim their identity and holy roots, to purchasing and delivering a Sefer Torah to the empty un-walled streets in front of Rachel’s Tomb, to petitioning to have regular scheduled trips of Egged buses eight times daily, RCRF now finds itself in a dilemma: whether to be silent like Rachel or cry like Rachel. I have learned to have savlanut, patience, but during  the last year and a half conditions at the property for which my foundation provided the majority of funds to purchase and establish Beit Bnei Rachel adjacent to Kever Rachel have continually deteriorated. This has required me to deal with one obstacle after another. I have given not just money, but my heart and soul, and my activities are for all Bnei Rachel.  I work five months a year in Israel doing programming, events, and teaching Derech Eretz in the Rachel’s Tomb complex. While in America I work many hours throughout the night coordinating with the staff and officials in Israel. We had the most lofty dreams when we partnered together to build the Rachel’s Tomb complex, and my foundation originally purchased the valuable property next to Kever Rachel to build a Beit Bnei Rachel in partnership with a group that contributed no funds, but was responsible for purchasing, maintaining and improving the property and assisting us in realizing our dream and establishing a proper yeshivah at the site. The leaders of that group have seemingly abandoned those ideals in an attempt to seize title and control of the valuable land adjacent to Kever Rachel.

‘Terror Didn’t Break Me’ – The Inspirational Story of Asael Shabo 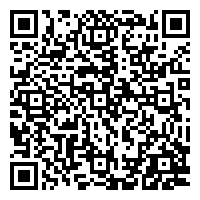