A little more than six months ago, my sister-in-law passed away after battling a serious illness. For more than 30 years she had given symposiums on the Holocaust to youngsters in the Philadelphia area, and we talked about her activities many times on our visits to the U.S. After her passing I was determined to do some kind of volunteer work for Yad Vashem in her memory.

I contacted a wonderful person there who works on the Names Project, recovering names of victims that have yet to be placed in the database. Believe it or not, there are still nearly two million names that are not on the list – millions of wonderful people who lived, worked, studied and raised families in cities, shtetls and villages who must not be forgotten. Many of the survivors or family members are elderly, or their memories have been clouded by the passage of many decades. And so the saying “if not now, when then?” is never more applicable.

After my initial meeting with Sara Berkowits, my contact at Yad Vashem, I received some training from another field worker who is also recovering names through interviews, visits to shuls, etc. He gave me the names of survivors to be interviewed in order to reclaim these missing names. Although excited about the opportunity, I was nervous about how to do the job properly, how much the survivors would actually remember, and if they would even allow me to come into their lives and homes. What I was not prepared for was how wonderful and eye opening the experience – every discussion actually – was going to be.

The very first interview I conducted was with an elderly man born in Romania. My friend, Rafi Freudenberger, and I listened intently to his stories (there is another department at Yad Vashem that records personal stories, but we were interested to hear about their families in order to get to the actual names), and heard the names of Transnistria and Bukovina. I asked him to repeat these names many times, having never heard such names before. Oddly enough, in the weeks following that first interview, I came across many articles that mentioned those same places, and the tragedies that befell the Jewish communities there. Many thousands of Jews were caught between the claws of Russia, Romania, and Germany. In October 1941 the entire Jewish community was deported en masse to Siberia.

As Mr. Geller was elderly, I limited the time we spent at his home sorting out the families and the names he recalled. I scheduled a second meeting with him for the following week. But after speaking to his wife the day before I was to return, it became clear that the process of remembering was just too much for him. I would have to give to Yad Vashem only the few names that I had gathered.

Recently, I spoke to another survivor who was born in Den Haag in Amsterdam. Shlomo first gave us a detailed list of family members who had perished in the Shoah – where they were born; where and when they died. He showed us a detailed list from the government of Holland that had all the information, and he wanted to correct some erroneous details that Yad Vashem had listed. At one point he opened up a drawer with documents and pictures. One of the pictures was that of a family wedding, and every person was wearing a yellow star – a badge of honor and pride. Unfortunately most of the people were killed in the Shoah, including his parents.

At one point I asked Shlomo about the bookcase and the very old-looking volumes. He told me that the non-Jews had taken these and many other volumes from his father and grandfather’s homes. The ones I was looking at were the “survivors.” The others had been taken, their bindings sold and the precious pages destroyed.

Shlomo’s story of his family was also the story of a very special cousin who went through Bergen-Belsen and Trobitz with him. (Of the 2,500 prisoners who were transported from Bergen-Belsen on April 10, 1945, 600 died from disease or malnutrition.) Both lost most of their family members there. Joe Holstein, my wife’s cousin, lost his parents and one brother in Bergen-Belsen, and lost another brother in Trobitz. One of his five sons was named after his two brothers. Shlomo’s parents died only a few weeks before the end of the war, and he has not gone back since. But cousin Joe and his wife returned to visit the graves at Trobitz, and took pictures of Shlomo’s relatives’ gravestones as well.

Joe raised six wonderful children, but died of a heart attack at the sound of the first siren of the first Gulf War. Like Yosef of biblical fame, Joe had also been a yoetz (Joe was a school guidance counselor). And during the year that my wife and I met, he advised us on many different matters. Twenty-one years later Joe has many grandchildren and great-grandchildren. Each of them is testimony to the fact that am Yisrael chai – the Jewish people are alive and thriving in the Holy Land. 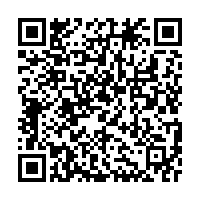