Three Hebrew words for gathering are associated with Sukkot: “asifah,” “aggudah,” and “kehillah.”

* The holiday is called Chag HaAssif (Exodus 23:16 and 34:22) because, Rashi explains, Sukkot is a person’s last chance to gather (“asifah”) and bring his produce indoors before the rainy season.


* We traditionally bind three of the Four Species into what the Talmud calls an “egged”/“aggudah” (Sukkah 11b and 13a).

* On the Sabbath of Sukkot, we customarily read Kohelet, named after the book’s author, King Solomon. He was called Kohelet because he gathered many forms of wisdom (Rashi to Ecclesiastes 1:1) or because his wise teachings were relayed in gatherings (“hakhel”/“kahal”/“kehillah”), as it says, “Then, Solomon gathered…” (I Kings 8:1).

Rabbi Yehuda Leib Edel (1760-1828) explains that “asifah” denotes gathering up disparate items to bring them to their proper place.

“Asifah”/“asaf” is sometimes used as a way of respectfully referring to a person’s death (see Genesis 49:33 and Numbers 27:13). Rashi (to Genesis 49:29) explains that death is called “asifah” because the soul is gathered up and brought to the trove where souls are placed.

The Malbim writes that when “asifah” refers to multiple items/people, it means gathering them together in a specific place. But when it refers to an individual (e.g., Numbers 11:30), it means arriving at the appropriate destination.

The Malbim argues that “asifah” connotes bringing inside what one has gathered, while “kovetz” connotes gathering without necessarily bringing inside. Thus, when Achashverosh gathered the virgins of his kingdom, the Bible uses a cognate of “kovetz” (Esther 2:3) since he only brought one of them into the palace as his new queen.

According to the Vilna Gaon (to Habakuk 2:5), “asifah” refers to bringing items inside, while “kovetz” – another word for gathering – refers to putting these different items (that are already inside) in one place. Thus, when Jacob called twice for all his sons to gather before his deathbed so he could bless them, he first used a cognate of “asifah” (Genesis 49:1) so that his sons outside would come inside. Then, however, he uses a cognate of “kovetz” (ibid., 49:2) so that his sons who were now inside would gather before him.

The Radak (1160-1235) offers a different assessment of the difference between “asifah” and “kovetz.” In his Sefer HaShorashim, he explains that “asifah” applies to death because death entails a person gathering together with his deceased forefathers. “Asifah,” he writes, connotes gathering items that are close by while “kovetz” connotes gathering items that are more distant and dispersed.

Another word for gathering, “aggudah,” means taking all the items one has gathered and attaching them, thus forming one unit. In a physical sense, it means tying them together with a rope. In a more abstract sense, it means signing a social contract or agreement that ties people’s fates together.

Rabbi Pappenheim traces the root of aggudah to the two-letter string gimmel-dalet, which means attaching. Other words derived from this root include “gad” (a spiritual force attached to a specific physical entity), “gid” (a sinew, which holds together different parts of a body), “gedud” (a unit of soldiers), and “haggadah” (presenting new information by weaving it into a broader narrative).

Turning to the word “kahal” – the basis for the name Kohelet – Rabbi Avraham Bedersi HaPenini (1230-1300) explains that its cognate, “kehillah,” refers to any gathering of people, while “edah” (congregation) denotes a group whose members have joined together for a specific purpose. Along the same lines, the Vilna Gaon (to Proverbs 5:14) explains that “kehillah” refers to any ordinary gathering of people, while “eidah” refers specifically to a gathering of righteous people.

Rabbi Pappenheim writes that “kehillah” always refers to an assembly of human beings (as opposed to animals or inanimate objects). He explains that it is related to “kol” (voice or sound) because people heed sounds calling on them to band together (e.g., in the wilderness, the Jews gathered at the sound of the trumpet) or because a gathering of many people is always noisy.

Rabbi Pappenheim also explains that the word kol itself is derived from the two-letter root kuf-lammed (light) because sound is so light that it can travel in air or because sound travels so fast that it resembles something light and agile not bogged down by weight.

Another eponym given to King Solomon is Agur (Proverbs 30:1), which refers to the fact that he gathered up (“agar”) the Torah’s wisdom. Midrash Agur (§4) teaches that Solomon’s names of Kohelet and Agur allude to the Jewish people being gathered together (i.e., united) in his era.

Rabbi Pappenheim argues that the root of “agur” is gimmel-reish, which means temporary residence. Other words derived from this root include “ger” (sojourner), “goren” (granary, which is grain’s temporary home), “gargir” (a grape with juice gathered inside it), and the small currency “geirah” (see Exodus 30:13), also called agurah (I Samuel 2:36). These coins have almost no value on their own, but do have collective value when gathered together. 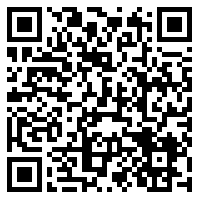