One of the most fundamental missions of a Torah Jew is encapsulated in the Rambam’s statement at the end of the Laws of Chanukah: “The entire Torah was given to promote peace in the world, as Scripture says, ‘Its ways are ways of sweetness and all its paths are paths of peace.’”

This statement is remarkable coming from the Rambam, who was an expert on all 613 mitzvos. We also know the value of peace from Pirkei Avos, which teaches, “Hashem is pleased with anyone with whom people are pleased.”


One of the obligations of wise parents is to inculcate in their children an abhorrence of fighting. As a result of Dasan and Aviram and their fellow conspirators fighting with Moshe Rabbeinu, even their infants died. Rashi comments that although human courts punish from the age of 13, and the Heavenly court normally punishes from the age of 20, for the sin of machlokes, even babies die.

On Devarim 29:17 – “Pen yeish bachem shoresh poreh rosh v’laana – Lest there be amongst you a root growing gall and wormwood,” the Ramban writes that “poreh” means to propagate; if there is a foul root in parents, it will grow into a worse blossom in their children. So if parents are quarrelsome, their children will likely be even worse.

That’s why parents who get into severe fights can lose their children. “Mutav yamos zakai, v’al yamos chayav – Better that they should die young and innocent than old and guilty.”

Parents, though, who demonstrate to their children how to flee from the faintest trace of controversy will raise peace-loving children who are liked by all. Let’s remember the wise advice of Ben Zoma, “Eizehu mechubad? Hamechabeid es habrios – Who is honored? He who honors all men.” Relationships are reciprocal. If we demonstrate to our children how to find something to respect in every person, they will reap the reward of being loved in turn by everyone around them. But “mi sheyizora hasinah yikso charota – one who sews hate will harvest regret,” says Sefer Mivchar HaPninim.

Let me share a story related in the preface of Sefer Minchas Adom. During World War I, the saintly Rebbe Chaikel was sitting in front of his home when he overheard two women quarreling. One was elderly; the other was young, and they were fighting over who had first rights to rent a certain apartment.

Finally, in anger, the younger woman shouted, “Why do you need this apartment anyway? In a short time, you’ll be taking up residence in the beis hachaim.” The older woman angrily answered back, “Only Hashem knows who’s going to die first.”

Rebbe Chaikel relates that only an hour later, a bomb hit the block, instantly killing the younger woman and causing the older woman to drop an infant grandchild she was holding; the infant died. The Minchas Adom writes that this story illustrates the grave danger of machlokes; no side escapes its dreadful repercussions.

In 1904, a dispute arose in Radin, the hometown of the Chofetz Chaim. A group of people wanted to break away from the chevra kadisha and form their own splinter group. The Chofetz Chaim got up to speak that Shabbos and said the sin of dissention is very, very grave. All the mitzvos one has done may be lost if one foments or participates in dissention.

He went on to say that he is sure the participants in this dispute will be called for an accounting by the Heavenly Tribunal. They may try to defend themselves by saying that the Chofetz Chaim knew about the dispute and didn’t protest. He therefore, proclaimed, “Please do not use my name. My sins are heavy enough. I cannot assume responsibility for your actions.”

He then broke down and cried, and that was the end of the plans to make a breakaway chevra kadisha.

How foolish to instigate or get sucked into a machlokes. Korach, who was great in Torah and of impeccable pedigree, lost everything because he succumbed to the yeitzer hara of dissention. Forewarned is forearmed.

I reiterate: There is almost no greater gift you can give our children than fostering in them a sense of dread about getting involved in any type of fight, whether it’s shul politics, bungalow politics, office politics, family politics, sibling bickering, marital fighting, or anything else.

In the merit of pursuing peace – the common thread of kol HaTorah kulah – may Hashem bless us with long life and good health filled with sweetness and happiness until the coming of Moshiach, may it arrive very soon. 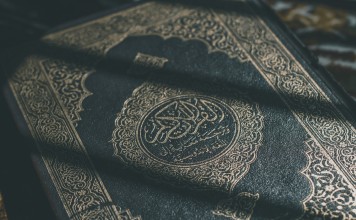