A few days ago, as I was strolling down 13thAve., I saw the yetzer hara walking with a troubled look on his face. As you know, I always try to grab the yetzer hara for a quick interview so I can gather some vital tidbits on how to battle his diabolical schemes. Therefore, upon spotting him, I quickly ran after him. Here is how the conversation went:

Rabbi Weiss (RW): Why do you look so worried?

Yetzer hara (YH): They just opened up seating to the general public for the grand Siyum HaShas at MetLife Stadium on January 1, 2020.

YH: Do you know how many thousands of people get inspired from this event and are turned on to learn Daf Yomi?

RW: Aw, c’mon! You think because of a chilly January 1st stadium appearance, people will embark on a seven-and-a-half-year, every-day commitment?

YH: You underestimate the spiritual intoxication of being together with thousands of people who have reached their life’s dream of finishing Shas.

RW: Why do you care so much anyway?

YH: The Gemara in Baba Basra reveals that I wear three hats. I’m the yetzer hara, the satan, and the malach hamaves. In my guise as malach hamaves, I’m known as Sama’el (spelled samach, mem, alef, lamed), which is an acronym for siyum masechta ayn laasos. I therefore try at all costs not to let a person finish a masechta. Finishing Shas is the worst. It is the truest antidote against me and the surest potion for life.

RW: But why are you so worried? You know that most people don’t have the stamina to learn every day for seven and a half years.

YH: Maybe that was true in the olden days, but now with the availability of ArtScroll, Kol HaLashon, TorahAnytime.com, and Dial-a-Daf, more people are able to jump on the Daf Yomi bandwagon.

RW: Even so, if you visit Daf Yomi shiurim, you see people dozing off and staring into space, not able to follow the intricate shakla v’tarya of Gemara.

YH: That’s true, but once they make an attempt to study a daf, even if they don’t grasp it, they will be allowed to master it in the great academy of yeshiva shel maalah.

YH: People are not so naïve anymore. They have confidence in the opinions of the Chortkova Rebbe, Rav Meir Shapiro, and the Chofetz Chaim, to name but a few, who felt that Daf Yomi is the right learning formula for Klal Yisrael.

RW: Don’t many people, though, believe they can’t really understand Gemara by learning so rapidly? Wouldn’t they rather learn a lot slower and thus comprehend more?

YH: What I’m seeing are people embracing Daf Yomi with a plan of several cycles in mind. They figure the first time they’ll get their feet wet, they’ll understand even more the second time around, and they’ll become really proficient when they get to the third time. I also think people are really galvanized to unite with the global Daf Yomi brotherhood, and I hate when they practice such achdus!

RW: At least you don’t have to worry about the women. They probably have no interest in attending this “male” celebration.

YH: Oy, are you wrong! The women know the Gemara in Berachos that states that they have a share in the nitzchius, the eternity, of Torah partly because of their husband’s learning. To my chagrin, they really feel a connection to the Daf Yomi hysteria.

RW: At least there will be thousands of people in the stadium just because it’s the “in” place to be. They’ll come with the attitude that it’s like a concert.

YH: Even those people, I’m afraid, get incredible inspiration from saying Shema Yisrael and “Amen, y’hei shmei rabba” with 90,000 of their brethren. Just answering amen with such a massive crowd to “v’chaim tovim aleinu v’al kol Yisrael” makes a severe dent in my efforts. Not to mention that they feast their eyes on so many gedolei Yisrael! It’s a real lose-lose proposition for me.

RW: At least when they bring their children, all it will accomplish is that the children won’t be able to pay attention the next day in school.

YH: Boy are you wrong! When children see that 90,000 people come to give honor to those who learn Daf Yomi, it makes an indelible impression on their young minds, one that will remain for a lifetime.

RW: As always, I thank you for your time. As you know, I’m not sympathetic to your cause. I root for everyone to seize the opportunity of this cycle to connect with the 2,711 blatt of Shas. It will be a game changer for their life and the life of their family – in this world and the next. I hope everyone who reads this will grab a Gemara Berachos and start Daf Yomi with me in January. 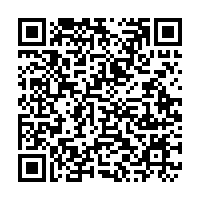