The Regavim NGO has petitioned the Be’er Sheva Regional Court against the Ministry of Education and the Naveh Midbar Municipal Council, partners in the construction of an illegal school in a squatters’ camp slated for imminent relocation. “Vested interests are working behind the scenes,” the organization said.

In recent weeks, the Naveh Midbar Municipality in southern Israel has begun intensive work on a new high school building –in an illegal Bedouin encampment. According to the government’s testimony to the Supreme Court, the squatters’ camp is scheduled for evacuation and relocation to one of the new neighborhoods created by the Bedouin Authority in the town of Rahat.

The work currently underway at the site of this new school includes ground clearing of a very large area, construction of classrooms and other structures, and more.

Responding to Regavim’s inquiry, the Bedouin Authority stated that it opposes the construction of this new school, since “the residents are scheduled for relocation to permanent housing shortly.”

“This behavior by official Israeli governmental bodies is scandalous. Without the requisite building permits, and in blatant violation and defiance of the Bedouin Authority’s policy and stated position on the matter, the Naveh Midbar Municipality and the Ministry of Education have taken matters into their own hands,” noted Regavim’s spokesperson.

“In the very near future, the residents of this squatters’ camp will be relocating to permanent, legal neighborhoods created exclusively for them in nearby Rahat, as per decisions of the Israeli government and the Supreme Court. In the interim, there is an already-existing school only a five minute drive away.

“In all likelihood, this illegal school is being built for reasons that go far beyond the educational needs of Bedouin youngsters; vested interests are at play behind the scenes.” 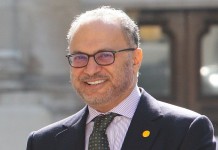 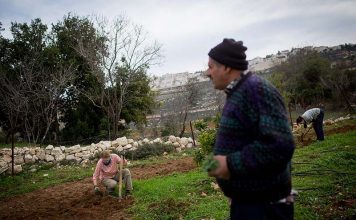 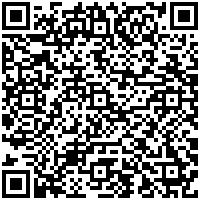