After Tisha B’Av, we joyfully enjoy barbeques again, happily listen to music, and enjoy refreshing swimming pools. We should also, however, try to take away a spiritual lesson from the Three Weeks.

Of course, it’s elementary that we should say with more meaning “Ki lishu’asecha kivinu kol hayom – For Your salvation we hope every day,” “Al kein nikaveh lecha, Hashem Elokeinu, liros meheirah besiferes uzecha – And therefore I hope to you, Hashem, our G-d, to see speedily your splendid might,” “Racheim na Hashem Elokienu, al Yisrael amecha v’al Yerushalyim irecha – Please have mercy, Hashem our G-d, on Yisrael, your nation, and Yerushalayim, your city,” and “Masai timloch b’Tzion, b’karov b’yomeinu l’olam va’ed tishkon – O! When will you reign in Tzion to make your dwelling there forever?”


But I’d like to suggest another takeaway. In reference to the spies giving their dire report on Eretz Yisrael was, the Torah says, “Va’teiragnu ba’ahaleichem.” Rashi interprets these words to mean that they spoke lashon hara about the land.

This lashon hara led to Bnei Yisrael crying over nothing, which in turn resulted in the divine punishment of bechia l’doros, crying throughout the generations over the destruction of two Temples and many other Jewish calamities, which we recalled with sadness and tears on Tisha B’Av as we said Kinos. It therefore obviously follows that in the days after Tisha B’Av, we should work on purging lashon hara from our regular behavior.

I’d like to share with you an anecdote from Rav Zilberstein’s sefer Borchi Nafshi. He relates that a man came to him and shamefully confessed that he did a terrible thing. He spoke lashon hara about someone, which resulted in the person losing his job. Although he knew the proper thing to do was ask the person for mechilah, he felt that would only make matters worse. He asked Rav Zilberstein if he could do anything to begin to atone for his terrible crime.

Rav Zilberstein told him that a metzorah is punished because he was a motzi ra. As part of his punishment, he must tear his clothing and let his hair grow wild. Why? The Chofetz Chaim, in the second cheilek of Shmiras Halashon suggests that slandering other people stems from a posture of arrogance. A person who is haughty looks down on others and talks disdainfully about them. A person who feels lowly, in contrast, doesn’t talk about other people’s deficiencies. Tearing one’s clothes and growing one’s hair wild helps a person become less arrogant.

(The Chofetz Chaim also suggests that’s why cedar, hyssop, and scarlet thread are used in the purification ritual of a metzorah. If a person feels haughty like a cedar, he should take himself down a few notches and feel like a lowly hyssop and sola’as [which means both scarlet and a lowly worm].)

Rav Zilberstein noticed that the man who talked lashon hara was dressed in very fancy clothing and was driving an expensive car. He thus instructed him that as part of his rehabilitation, he should dress in less fancy clothes and drive a simple car. That would help him become less arrogant and consequently mitigate his tendency to speak lashon hara.

So as we try to eradicate lashon hara from our behavior during this post-Tisha B’Av period, we should bear in mind that acting more humbly is a good way to start.

In the merit of intensifying our hope for salvation and being more careful with the sin of lashon hara, may Hashem bless us with good health, long life, and Moshiach tzidkeinu bimheirah biyameinu. 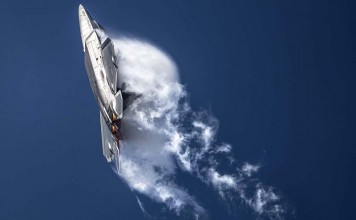