Thousands of Israelis demonstrated Saturday night in hundreds of locations across the country. An estimated ten thousand demonstrated in Jerusalem—the largest in recent months—where 12 were arrested; more than 1,500 demonstrated in Caesarea near Prime Minister Benjamin Netanyahu’s private villa; and hundreds participated in the demonstration of the self-employed and unemployed in at the Charles Clore Park in Tel Aviv, with the slogan, “Fighting for Bread.”

At one point, several dozen demonstrators left the Charles Clore Park, began marching in a procession through the streets of Tel Aviv and blocked roads. They ended at night in Rabin Square, closely accompanied by police. No arrests were made.


Tens of thousands protested in about 270 intersections and overpasses across the country for the sixth week in a row, as part of the Black Flags protest. The black flag is an expression of rage and alarm for the path the country has been since the start of the coronavirus crisis. It features a white star of David on a black field.

Shefi Paz, a south Tel Aviv anti-illegal migrants activist, was arrested in a demonstration of hundreds in Tzahala 8in north Tel Aviv, in front of the home of Supreme Court President Esther Hayut. The demonstration was organized by the Im Tirtzu movement and the front for the liberation of South Tel Aviv. The demonstrators, equipped with vuvuzela and drums, shouted “The same law for Tzahala as Rehavia,” meaning that if free speech justifies disturbing the peace of the affluent residents of Jerusalem, the same should hold for north Tel Aviv.

According to Haaretz, unknown persons beat a man walking on a street in Jerusalem because they thought he had participated in the demonstration against the PM. According to his testimony, they spat at him and slapped him, calling “death to the Arabs” and “death to the leftists.”

After 11:00 PM, the organizers of the Black Flags protest in Jerusalem asked police to allow the protest to continue throughout the night. “We are in the midst of an unprecedented event,” they argued. “The tens of thousands who filled the capital tonight are unwilling to accept the situation in which an indicted criminal crushes the dream on which the state was built.”

Towards midnight, most of the demonstrators in Paris Square in Jerusalem, near the PM’s official residence, dispersed. About 400 people remained in the square after 1:00 AM and the police allowed them to continue the protest until 2:00 AM, when police began forcibly evacuating them. The cops started confiscating the vuvuzelas, arreting one demonstrator who insisting on keeping his trumpet from hell.

At that point the remaining demonstrators sat on the ground in order to prevent their evacuation, and shouted slogans such as “An entire generation demands a future,” and “It’s our country and not Netanyahu’s.”

The commander of the Zion district, Lt. Gen. Ofer Shomer, praised the demonstrators, saying: “About ten thousand people behaved in an exemplary manner, and left in an orderly fashion. There were about 200 people who refused to evacuate – in the end we had to use reasonable force to disperse them.” 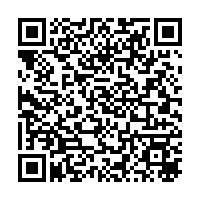