(Rabban Yochanan ben Zakkai) said to them: Go out and see which is the ‘straight path’ that a man should cleave to?

Rebbi Shimon says: one who sees the result

He said to them: I see (prefer) the words of Rebbi Elazar ben Arach from your words, as your words are included in his (Avot 2:9).

Learning From The Outside

We saw that both Rebbi (Masechet Avot 2:1) and Rabban Yochanan ben Zakkai (Riba”z) inquired about the “straight path” we should seek to live by. As opposed to Rebbi, who answered his own question, Riba”z asked his students to suggest answers of their own.

The way Riba”z instructed his talmidim to find the answer is important. His first words – “Tze’u u’reu – Go out and see” – imply that his students should look for the answers outside the beit midrash. Chazal use these same words (“tze’u u’reu”) in a number of different contexts, encouraging learning lessons from Moshe Rabbeinu and Yehoshua, as well as from non-Jews, donkey drivers and even snails (such as Vayikra Rabbah 1:15 and Masechet Chagigah 9b). Though many lessons hinge on Torah teachings, others (especially those reflective of basic wisdom and menschlichkeit) can and should be learned from standard norms and behavior.

Riba”z’s talmidim heeded his directive, and each brought back a different answer.

Rebbi Shimon focused on the importance of being “ro’eh et ha’nolad – anticipating future implications.” We often act without careful consideration of exactly how our actions will impact the future. Wise people find the straight path when they apply such foresight (Masechet Tamid 31b). Reb Simcha Bunim M’Peshischa said it this way: “Our decisions in life must be as strategically calculated as a person playing chess. See to it that any move you make is not later regretted (Great Jewish Wisdom, p. 121).

Rashi (Masechet Gittin 55b d.h. mefached) gives an example of the lack of such anticipation. The eviction of Bar Kamtza from the party he was mistakenly invited to launched a chain of events that led to the destruction of the Beit HaMikdash. Had the host of the party and his (rabbinic) guests thought a few steps ahead and realized that their insensitivity towards Bar Kamtza could have such tragic results, the churban might have been avoided.

We should learn from them to consider the long-term implications of our decisions and actions before implementing them.

Riba”z’s other talmidim all answered his question by recommending pursuing something they describe as “tov.” They saw the straight path as the good path.

The various talmidim pointed us towards different aspects of tov.

What does he mean by a “good” friend? He could be referring to the basis of the friendship and/or its nature. A good friend shares one’s values, goals and sensitivities. A good friendship involves friends who can be trusted with personal information and care about helping one another (See the commentary of the Rambam to Avot 1:5).

Rav Ovadiah Mi’Bartenura adds that a good friendship includes offering constructive criticism. Friends should be more than flattering fans; they should help us improve and grow. Chazal identify Ohn ben Pelet’s wife as an example of such a “friend.” Though Ohn’s name is included in the original list of Korach’s rebels, it is absent from the continuation of the story. Chazal (Masechet Sanhedrin 109b) explain that this was because Ohn’s wife convinced him to drop out of the rebellion. Ohn’s wife was a true friend – one who was able to help her husband appreciate his mistake and change course.

The next talmid of Rabban Yochanan ben Zakkai – Rebbi Yossi – emphasized the importance of good neighbors. Good neighbors can be even more important than good friends because we interact with our neighbors constantly (See Mishlei 27:10).

The medrash calls this phenomenon “Tov l’tzaddik, tov l’shecheino” and illustrates it by contrasting the fate of the shevatim (tribes) who camped next to Moshe and Aharon in the desert with that of those who lived next to Korach (Bamidbar Rabbah 3:12 and Medrash Tanchumah Bamidbar 12). Yehudah, Zevulun and Yissacher pitched their tents next to Moshe and Aharon and became Torah scholars like them. Reuven, Gad and Menashe had Korach as their neighbor and became rabble-rousers like him. Though the whole Jewish people camped together, each shevet was influenced differently by their specific neighbor.

Avot’s sixth perek (mishna 10) tells how this idea guided Rebbi Yossi ben Kisma. He rejected a large sum of money offered in exchange for his moving to a town that lacked a strong Torah presence because he feared being impacted by neighbors who lacked a Torah orientation. Rabbeinu Yonah explains that the chaver tov and shachen tov as, not what we should look for, but who we should be. In addition to seeking out good friends and neighbors, we should be them for others.

We are greatly influenced by our neighbors and need to choose them carefully.

As opposed to the two aforementioned tannaim – Rebbi Yehoshua and Rebbi Yossi (who apply the “tov” to those we interact with), the other two tannaim – Rebbi Eliezer and Rebbi Elazar – focus on our developing the “tov” within ourselves. Though surrounding ourselves with good people is valuable, our ultimate goal should be to improve ourselves.

Rebbi Eliezer recommends developing a good eye. Avot’s fifth perek (mishna 19) emphasizes how significant this characteristic is by listing it as the first of three factors that distinguish between the talmidim of Avraham Avinu and those of Bil’am Harasha.

The good eye is critical because it determines our perception of reality. It helps us focus upon the good in other people and in the world in general, and facilitates our appreciation of all the good done by Hashem and by other people on our behalf.

This positive perception is also a condition for personal happiness. Sefer Tehillim (34:12-14) presents “seeing the good” as the way to love each day of our lives. One focused upon the negative will dislike the world and their life within it. On the other hand, focusing on the good, gives us reason to celebrate our existence within a world we see as wonderful. Though those focused upon the negative may be technically correct, their perspective depresses them. People who focus upon all the positives in their family, friends, community and life will be happy throughout each day.

Rav Kook (Orot HaTeshuva 9) saw the good eye as even more significant. He asserted that it not only sets our subjective perception, it impacts objective reality as well. Looking for the good in whatever we experience steers those events in a positive direction.

The Heart Of The Matter

The last of the talmidim – Rebbi Eliezer ben Arach – focuses on something even more internal than our eyes. He emphasizes developing a “lev tov – good heart.”

Rabban Yochanan ben Zakkai responded that he preferred this answer, as it includes all the others. We can understand why this is the case: our hearts determine our perspective on life as well as who we seek as friends and neighbors.

Rabban Yochanan ben Zakkai’s talmidim provide us with a roadmap for how to find and sustain life’s straight path. The map includes who we associate with, but also, most importantly, what we choose to focus on and how we think and feel. May we use their advice to live our lives in the straight way Hashem created for us. 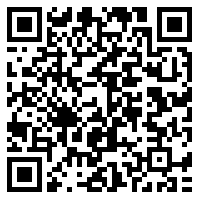