A second victim has died after a twin terrorist bombing in Jerusalem that took place during morning rush hour Wednesday at two separate bus stops in the city.

Sixteen-year-old yeshiva student Aryeh Schupak was the first to die in the attack; he was laid to rest later the same day.

“The trauma and intensive care teams at Shaare Zedek fought for his life but unfortunately, his injuries were critical,” the hospital said in its statement.

“We share in the grief of the family and send our condolences.”

Ben Ma’ada, who immigrated to Israel from Ethiopia 21 years ago, is survived by a wife and six children.

“In the name of all Israel’s citizens, I send my deepest condolences to the family of Tedsa Tashume Ben Ma’ada, who was critically injured in the terror attack at the entrance to Jerusalem and died of his injuries over the weekend,” incoming Prime Minister Benjamin Netanyahu wrote in a statement.

“Last week I visited his dedicated family who wrapped him in warmth and love, and the doctors who fought valiantly to save his life against all odds.

“I embrace the family at this difficult time.”

Outgoing Prime Minister Yair Lapid likewise issued a statement, saying he was “heartbroken” over Ben Ma’ada’s death. “The medical teams fought for his life until the last moment. In the name of the Israeli government and the citizens of Israel, I send my deepest condolences to his family and friends.”

Eighteen other victims were injured in the two attacks, which took place at bus stops near Jerusalem’s central bus station at the entrance to the city, and in the Ramot neighborhood, at the other end of the city. 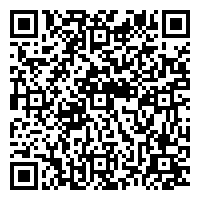