In bentching, we declare, “V’dorshei Hashem lo yachsiru chol tov – Those who seek Hashem won’t lack from anything good.” By seeking Hashem, we fulfill one of the meanings of the Torah command, “Es Hashem Elokecha tirah,” which Rav Avigdor Miller renders as “One should look to see Hashem in this world.”

Yisro was a dorshei Hashem. He said, “Atah yadati ki gadol Hashem mikol elohim ki badavar asher zadu aleihem – Now I know that Hashem is greater than all powers, for that which the Egyptians plotted befell them.” The words “Now I know” teach us that Yisro was looking into this matter for a while.


When Yisro saw that everything that happened to the Egyptians fit their crimes measure for measure, he concluded that Hashem must be behind it all. For example, the Nile, which had been filled with the blood of Jewish babies, turned into blood at the plague of dam; the Egyptians were stricken with lice because they didn’t allow the Jews to bathe; and the Egyptians drowned in the Red Sea because they drowned Jewish babies.

Clearly, the plagues weren’t the result of chance; they pointed to the hand of Hashem. We refer to the wisdom with which we’re supposed to seek Hashem every morning: “Reishis chachma yiras Hashem, seichel tov l’chol oseihem – Awareness of Hashem is the beginning of wisdom, goodly intelligence for all who achieve it.”

When Yisro saw that Hashem manipulated nature according to His will, he said that Hashem is greater than all “elohim.” What does “elohim” in this context mean? “Elohim” has the same gematria as “ha’teva – nature,” and “elohim” refers to midas hadin, the attribute of strict justice. Nature acts strictly, brooking no compromise.

As we say in Kiddush Levana, “Chok u’zman nusan lahem shelo yeshanu es tafkidum – Hashem gave them a statute in time, and they do not deviate from their purpose.” The sun is at the perfect distance for photosynthesis. It’s also just the right distance so that its light is neither too strong nor too dim.

Din, strict justice, is also perfectly calibrated. Yisro concluded that the 10 plagues and the splitting of the Red Sea proved that Hashem was greater than all of this nature.

We don’t need nature to be manipulated, though, to see Hashem. By studying the din of the teva, we can see clearly His hand. Just look at a chicken egg whose shell is just the right thickness. If it were a little thinner, a young chick wouldn’t survive birth. But if it were a little bit harder, a chick wouldn’t be able to peck its way out. It has to be just the right thickness.

The ostrich has a more difficult birth, so its eggshell is a lot harder. But a baby ostrich has a thorn-like appendage on one of its fingers so that it can break through the shell and exit to the world. “Mah rabu maasecha Hashem, kulam b’chochma asisa – How great are your deeds Hashem, all invested with great wisdom.”

Let’s take another example: Before a fetus is born, blood doesn’t flow to its lungs since the baby isn’t using them. Instead, the blood flows from the right side of the heart to the left side through a specially designed duct. At the moment of birth, however, this duct amazingly and instantaneously seals and blood starts flowing to the lungs. The true seeker of Hashem doesn’t have far to look to see Him.

May it be the will of Hashem that we learn to see Him through the myriad kindnesses that He showers upon us. In that merit, may He bless us all with long life, good health and everything wonderful. 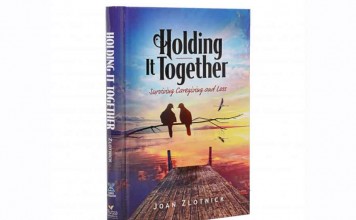 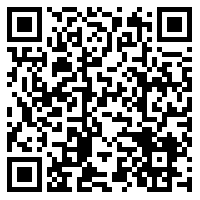