How do we evaluate the past? How do we spend our time in the present? How often do we think about the future? In his book The Time Paradox: The New Psychology of Time That Will Change Your Life, Dr. Philip Zimbardo outlines six subjective time perspectives that people experience as they relate to the past, present, and future.


From one perspective, Yaakov’s life can be summed up as one traumatic event after another: starting with a death threat from Esav, followed by Lavan’s continual trickery, Dinah’s abduction, constant family strife, the death of his beloved Rachel, and culminating with the “death” of his cherished son, Yosef. When Pharaoh asks him his age, Yaakov responds with a past-negative perspective that his life has been short and bad (Bereishit 47:9).

While perhaps we can empathize with Yaakov’s response because of all the hardship he experienced, the midrash (quoted by the Da’at Zekeinim) criticizes him. Instead of looking back and giving a subjective stamp of disapproval on his life, he should have shifted perspectives. Instead of focusing on the trauma, he should have realized that Hashem saved him from Esav and Lavan, and returned Dinah and Yosef.

The midrash suggests that for each word mentioned in his interaction with Pharaoh (33 in total), a year was taken off Yaakov’s life. While Yitzchak lived for 180 years, Yaakov only lived for 147.

Rabbi Dr. Abraham Twerski contrasts this midrash with another one that states that while Yaakov was mourning Yosef, he exclaimed that Hashem had turned away from him. The midrash criticizes Yaakov by projecting Hashem’s response: “I am busy setting things into motion to make his son the viceroy, and he’s complaining that I’ve turned away?”

Yet, this midrash does not identify any punishment for Yaakov’s complaint. Why is Yaakov punished for saying his life was short and bad, but not for stating that Hashem had turned away from him?

Rabbi Twerski suggests that there is a fundamental difference between a response during suffering and a response after suffering. While ideally Yaakov should not have questioned Hashem even amidst suffering, he was not punished because the pain of suffering was so great that he was not held accountable. Yet, after the suffering was over, when he had already been saved from his enemies and his children had been returned, Yaakov should have looked back and not complained. He should have shifted his perspective. Since he didn’t, he was held accountable.

In contrast to Yaakov, Yosef was apparently successful because he had a past-positive time perspective and was future-oriented. He names his first son Menashe precisely because Hashem allowed him to forget the traumas of his childhood. Yosef’s ability to totally forgive his brothers required a firm belief in Hashem’s providence over past events and a strong desire to move forward and not get stuck in what had already transpired.

His success as Pharaoh’s viceroy stemmed from an ability to predict the future economic climate of Egypt and, more importantly, to devise and execute a plan to successfully avert national disaster.

While we cannot fully evaluate Yaakov both because we should not judge how people react to traumatic events and because we cannot fully grasp the greatness of our forefathers, the midrash clearly wants us to learn a valuable lesson. To the extent that we can work hard on shifting our own perspectives toward the past from being past-negative to past-positive, we will be more able to appreciate the present and plan for a more successful future. 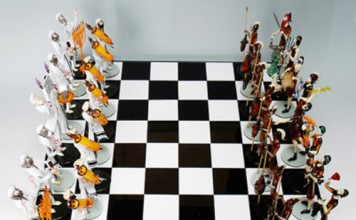 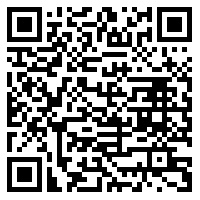