Back in May 2011, when President Barack Obama gave the order to take out the founder and leader of Al-Qaeda, Osama bin Laden, in Pakistan, he virtually guaranteed his reelection one year later.

President Donald Trump, who has already taken out one mega-terrorist, ISIS leader Abu Bakr al-Baghdadi, whose televised beheadings of innocent Westerners had haunted the nightmares of so many, he certainly improved his position with American voters. And now, that he commanded the elimination of Iran’s most notorious terror mastermind Qasem Soleimani, it’s going to be tough to challenge his record on reversing the trend of history in the Middle East (Arch-Terrorist Qasem Soleimani Assassinated).


But over on the Democratic presidential campaign side, the men and women who are eager to take on Trump next November have decided to make it easier for him to wipe the floor with whomever they send to the ring. Instead of praising the president for removing yet another Satanic figure from the game board, the Democrats are attacking the Pentagon’s stunning success, from the moment it has been reported.

Joe Biden’s statement on the killing of Qassem Soleimani: “President Trump just tossed a stick of dynamite into a tinderbox.” pic.twitter.com/sNaRUwOWru

Former VP Joe Biden said in a statement: “The Administration’s statement says that its goal is to deter future attacks by Iran, but this action will almost certainly have the opposite effect. President Trump just tossed a stick of dynamite into a tinderbox, and he owes the American people an explanation of the strategy and plan to keep safe our troops and embassy personnel, our people and our interests, both here at home and abroad, and our partners throughout the region and beyond.”

No, President Trump just took a major step to fix the 20 trillion blunder the Bush II and the Obama administrations left behind. Pushing back Iran’s expansion in the region is absolutely the correct and sober thing to do, and only the US can do it. Attacking the president over something he’s done extremely well is stupid, and the voters won’t forget it – mostly because Donald Trump will keep reminding them. As he should.

Senator Bernie Sanders tweeted: “Trump’s dangerous escalation brings us closer to another disastrous war in the Middle East that could cost countless lives and trillions more dollars. Trump promised to end endless wars, but this action puts us on the path to another one.”

Because killing the most vicious—and competent—Iranian terrorist makes them stronger.

Elizabeth Warren sounded a little less eager to lose the next election to Trump. She tweeted: “Soleimani was a murderer, responsible for the deaths of thousands, including hundreds of Americans. But this reckless move escalates the situation with Iran and increases the likelihood of more deaths and new Middle East conflict. Our priority must be to avoid another costly war.”

No, our priority is to defend ourselves against crazed Islamists with murder on their minds whichever way we can. Avoiding war is best done the way Senator Lindsey Graham suggested after the attack: “Thank you, Mr. President, for standing up for America. This action by President Trump and our military was in direct response to Iranian aggression orchestrated by General Soleimani and his proxies. If Iran continues to attack America and our allies, they should pay the heaviest of prices, which includes the destruction of their oil refineries. To the Iranian government: If you want to stay in the oil business leave America and our allies alone and stop being the largest state sponsor of terrorism in the world.”

Senator Cory Booker told MSNBC: “We have a president who has no strategic plan when it comes to Iran and has only made that region less stable and less safe.”

We have a president who has no strategic plan when it comes to Iran and has only made that region less stable and less safe. More thoughts: pic.twitter.com/Cn25X4kOhQ

Marianne Williamson, author, spiritual leader, politician, and activist, who is also a US presidential wannabe, tweeted: “Prayers for peace. Killing of Qasem Solemani by US military was one of the most reckless irresponsible actions ever directed by a US President. Congress deserves condemnation for allowing it (National Defense Authorization Act) and Americans need to understand this: War with Iran would be totally disastrous.”

What can I say? Vote Trump. The alternative has just gone nuts. 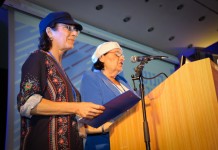 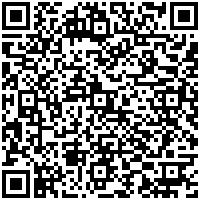