“Drama these minutes, an anti-Semitic attack by an African-American man on Troy Street and Union in the Chabad neighborhood of Crown Heights, a number of Chabadniks are trying to overcome the attacker.”

In an update later in the day, ColLive reported that the man was allegedly a package thief. He was being followed by the Chabad Chassidim Shomrim, when he then turned and attacked them, punching one of the men in the face.


At which point the thief-turned-assailant was knocked down and warned by the Chabad men to not get back up again. According to Moshe, a reader on ColLive, the man was initially knocked down by a Jewish driver who saw what happened and got out of his car to take the guy down from behind.

The assailant then got up and continued on his way to his apartment, as the Shomrim followed right behind him.

ColLive reports: “Police found drugs and drug paraphernalia on the man and in the apartment. The thief and his accomplice were arrested. The man faces 2 charges of assault and 1 charge for theft, in addition to drug charges.” 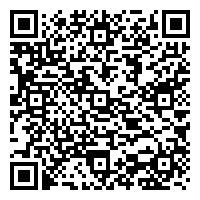