Imagine trying to compile the ultimate anthology of Torah advice. You would go (if you could) to Rav Sholom Schwadron, zt”l, and ask him to sift through all his teachings and choose the most powerful one. Then you would go to Rabbi Yissacher Frand, shlit”a, and ask him to select the one comment that had the biggest impact upon his audiences over the years.

Then you would go to Rav Yisroel Reisman, shlit”a, and ask him for his most riveting teaching. Then you would listen to all of the tapes of Rabbi Avigdor Miller, zt”l, and select his most-timely message. Etc. etc.


Wouldn’t you drool over the chance to learn from such a compilation? Wouldn’t you look forward to drink from its wisdom?

Well, we have such a sefer and it’s infinitely more precious than the sefer I just described. It’s called Pirkei Avos. It contains the greatest sayings of the greatest Sages of the Tannaic period.

Shimon HaTzaddik, for example, likely spent a lifetime educating the masses, yet Pirkei Avos contains just one mishnah that records his teachings. Imagine! From his while life, just one teaching! The same is true of many other tana’im. Thus, Pirkei Avos contains the crème de la crème of the most outstanding sages of an extraordinary era.

So our excitement and exhilaration should be great when we open up Pirkei Avos. Let’s examine one lesson from this lofty collection: “Al tomer lichshe’efneh eshneh, shema lo tipaneh – Don’t say when you have time you will study for perhaps you will never have time.” This teaching of Hillel is designed to counter a powerful device of the yetzer hara: procrastination.

He suggests to a working man, “Listen, you can’t learn now. You’re busy supporting a family. And then you need to relax a little. Otherwise you’ll end up in the hospital. There’ll be plenty of time to learn when you retire.”

Sadly, though, when this person retires, his eyes are failing, his memory is waning, and his concentration and sitzfleisch aren’t what they used to be. How sad that he lost so many precious years when he, in full strength, could have fulfilled his main mission on earth, which is studying Torah.

The yetzer hara pushes us off until the summer, and then in the summer tells us we need to recharge our batteries before the winter. And every week, he says, “Wait till Shabbos” – until Shabbos actually arrives at which point he urges us to rest after a long hard workweek.

He uses this trick in regards to mavreh sedra as well. “Listen, it’s the middle of the year already,” he says. “You don’t like to do things in halves. So start with Parshas Bereishis. Next year you’ll do it. You’ll see.”

How many times have we been fooled by this trick? Let’s respond to the yetzer hara, “You know what, I’ll start now. After all, these are the parshios that I didn’t learn very well in yeshiva.” Or say, “I’ll start now and I’ll have finished the whole Torah by this time next year.”

What about daf yomi? So many people are fooled by the yetzer hara to think they have to wait until the world starts Masechtas Berachos. That’s ridiculous. Anytime you start daf yomi, you finish Shas in seven and one-half years. What a wise move to start now.

But this sagacious advice isn’t just for Torah study. It’s for other mitzvos as well. Chazal teach us, “Ein attah ela lashon teshuva – ‘Now’ only refers to repentance.” This vital saying teaches us that if you want to change and turn over a new leaf, you have to seize the moment when the thought of teshuvah crosses your mind and act upon it immediately. If not, the yetzer hara will successfully stall until the routine of life distracts you from your resolve.

Let’s take a common scenario. You open up your siddur and say the daily psalm, and you realize you don’t know what you’re saying. With chagrin, you say to yourself, “I better learn the translation of this.” Look at the English translation immediately! Don’t push it off to an undetermined later time.

Bachurim: When it comes to kivud av v’eim, don’t say, “One of these days I should start calling my parents or writing them letters more often.” Start now!

Husbands and wives: Don’t muse to yourself, “You know, I gotta get around to putting more effort into my marriage.” Do it now! Go out and buy a gift. Give a compliment or a helping hand. Don’t let the yetzer hara push it off.

The same thing is true regarding our responsibility to the children. Don’t let the yetzer hara deceive you into thinking that when the economy gets better you’ll have more time or when they get older it will be easier. These are all just tricks of the Sly One.

May we succeed in acting with alacrity to improve ourselves and, in that merit, may Hashem bless us with long life, good health, and everything wonderful. 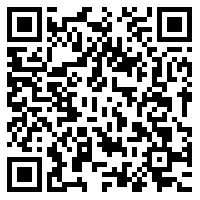