The Haggadah prefaces Maggid with the passage, Ha lachma anya. The Rambam in his Haggadah says that we say only say this paragraph while in galus. During the times of the Beis Hamikdash, Ha lachma anya was not recited.

In galus we must precede Sipur Yetzias Mitzrayim by reminding ourselves that we are in the same situation as our forefathers were in. The reason for this emphasis is because one of the major avodahs of the night of Pesach, aside from the tremendous lessons in emunah, is for us to learn from the way that we were zocheh to the geula in Mitzrayim, in order to replicate it in our galus. The Yalkut Shemoni in Tehillim (106) says, Yisrael will only be redeemed after the following five things: tzarah, tefillah, zechus avos, teshuvah, and the ketz. The Midrash continues that in Mitzrayim Klal Yisrael experienced and performed these five things, and we will need to do the same in order to be redeemed from our galus.


The Rambam (Chametz U’Matzah 7:4) says that the essential aspect of Sipur Yetzias Mitzrayim is to expound the parshah of Arami oved avi. This parshah is divided into three pesukim and sections. The first discusses the tzaros that Klal Yisrael experienced in Mitzrayim. The second describes the tefillos that they davened to Hashem. The third is that Hashem took us out of Mitzrayim.

Based on the Midrash in Tehillim, we should try to realize how similar our situation is to that of our ancestors Mitzrayim. Once again we have to fear Iran. The new administration is determined to restore Iran’s supremacy in the Middle East and the world. Iran, the world’s largest state sponsor of terror, will shortly have a nuclear weapon R”l. To be clear, if Iran acquires such a bomb, the lives of hundreds of thousands, if not millions, of Jews will be in real sakanah R”l.

We are in galus! There is much to be concerned with. Aside from the physical threat we must now again concern ourselves with, we must also prepare for a spiritual war as the progressive lunatics have assumed control of the United States Government. We should be able to realize the danger we are in and be able to draw parallels to the suffering in Mitzrayim. The next step must be as our ancestors did in Mitzrayim; Vanitz’ak el Hashem – we must daven to Hashem, for He is the only one we can rely on.

The Pirkei D’Rabi Elazar (42) says that when Bnei Yisrael were in front of the Yam Suf and the Mitzriyim were fast approaching, they were terrified. It was then that they did teshuvah gedola and cried out to Hashem.

The Pirkei D’Rabi Elazar quotes the pasuk which says U’Pharaoh hikriv vayis’u bnei Yisrael es eineihem – “And Pharaoh was approaching and Bnei Yisrael raised their eyes [and behold Mitzrayim was chasing after them and they were frightened; and they cried out to Hashem]” (Shemos 14:10). Why was it necessary for the pasuk to say “and Bnei Yisrael raised their eyes?” Isn’t it evident from the pasuk that they realized that the Mitzriyim were approaching; it seems superfluous to say that they looked up. The answer is that this teaches us an important lesson. We must lift up our eyes to realize that we are in sakanah. Otherwise we will always be capable of living in oblivion or denial, even when an army is fast approaching, or even if terrorist barbarians are close to acquiring nuclear weapons!

In order to properly daven for the geula, one must first notice the magnitude of the situation. Without “lifting our eyes,” it is impossible to daven wholeheartedly for the geula. This is what Klal Yisrael did and this is what we must do in order to merit our geula.

The Pirkei D’Rabi Elazar says in Perek 32 that there are six individuals to whom Hashem gave their names before they were born: Yitzchak, Yishmael, Shimshon, Shlomo Hamelech, Yoshiyahu Hamelech, and Melech HaMashiach. The Pirkei D’Rabi Elazar explains the name Yishmael: Hashem will one day hear the cries of the na’akas Bnei Yisrael from what Yishmael is doing to them and to the entire world. Hashem will then listen to our tefillos and bring the geula! Yishmael will cause us to daven to Hashem like we never did before. This is how the geula will come about. Yishmael is in this group of great tzaddikim because his name alludes to the fact that “yishma Kel” – Hashem will listen and answer our tefillos and bring the geula.

The Mashgiach, Rav Matisyahu Salomon shlit”a, once went to Rav Shach zt”l and asked him for an eitzah on what to speak about on the topic of tefillah. Rav Shach related the following story: After the Brisker Rav managed to escape to Eretz Yisrael, Germany’s greatest General, General Rommel, was planning an attack there. The Germans had arranged with the Arab Mufti to kill all of the Jews in Ertez Yisrael. The Jews there found out about this and for seven days and nights they packed three of the largest shuls and sincerely, wholeheartedly davened to Hashem. Miraculously, Rommel turned around and never came back. The Brisker Rav said that he had never seen such davening in his life. The Yidden in Yerushalayim understood that the same gezeirah that was decreed on the Yidden in Eastern Europe was written on them as well. The Brisker Rav said that it was this tefillah that destroyed the gezeirah and saved their lives. In contrast, the Yidden in Europe did not realize their plight until it was too late. They recited three kapitelach of Tehillim after davening and then continued on with their day. Do we have to wait until we are in the lagers ch”v to realize that we are in a terrible situation and that we must daven like we mean it? Do we have to wait until Iran actually has a nuclear weapon ready before we can daven for the geula sincerely? And do we have to wait until the progressive Democrats make living as frum Jews impossible for us to get the message.

Yehi ratzon that we will come to realize what our situation is, which will lead us to begin davening to Hashem. Subsequently, we may be zocheh to the geula and the fulfillment of the third part of Arami oved avi in which Hashem Himself will come and be goel us b’mehera b’yamenu amen. 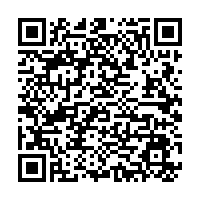