World War I devastated Eastern European Jewry financially, and many yeshivos in Eastern Europe that used to rely on the local community for support found themselves in dire straits. So they started turning to American Jews for funds, and large networks of emissaries and societies for supporting yeshivos sprung up around the United States. 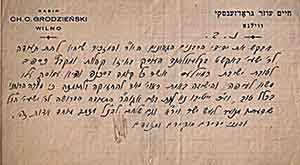 A handwritten letter I acquired this week relates to this phenomenon. Written by R. Chaim Oizer Grodzinsky, it was for R. Yeshaya Bakst, who represented R. Chaim Oizer’s yeshiva, the Ramailes Yeshiva of Vilna. R. Bakst raised funds for the yeshiva in Cleveland, OH, and its environs, and this letter, requesting assistance, describes the sorry financial state of the yeshiva.


The yeshiva’s commonly-used name – “Ramailes” – derived from the name of a Jew who provided the funds for its building. His name was either Reb Mailes or Reb Maille, and, with these two words slurred together, the yeshiva’s name became “Ramailes Yeshiva.”

R. Yisrael Salanter served as rosh yeshiva at Ramailes in the 1840s. Later, the yeshiva was under the guidance of R. Chaim Oizer for a long period of time. Some of the notable rabbis who taught at the Yeshiva include R. Shlomo Heiman and Rabbi Yisroel Zev Gustman. 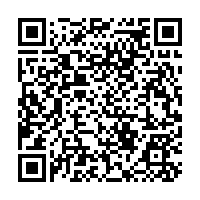