Megillas Esther is an exciting repository of advice, which is why Esther asked the Sages, “Kavuni l’doros – Affix me for all generations.” Although Esther was very modest, she recognized with Divine inspiration that the Purim story contains many timeless lessons.

One such lesson is that not hearkening to advice from our Torah sages can have devastating and lethal consequences.


Many years before the events of Purim, Shmuel, the great prophet, instructed Shaul HaMelech to eradicate the Amalekites. Shaul deviated from these instructions slightly by sparing some animals and Agag, the Amalekite king. Although Shmuel executed him the following day, Agag had time to sire a son, who wound upbeing the ancestor of Haman. Thus, we see that flouting daas Torah resulted in a horrific fright to our nation.

This same lesson is central to the Megillah, which opens up with an elaborate description of Achashverosh’s 180-day gala. The Jews were invited to partake in the royal festivities and feasting, and they reacted with great anticipation and excitement. The food was even glatt kosher.

The oppressed Jews during those anti-Semitic times had never before been in the royal palace and had never before mingled with society’s elite. They had also never eaten food prepared by a royal cook. So with mounting excitement, they planned to attend the festivities.

But then Mordechai, the head of the central beis din, announced that no one should attend, warning that no good would come of it. This was a bitter pill to swallow. Many argued that it would be downright dangerous not to attend as their absence might raise the monarch’s ire after all the trouble he went through to accommodate their needs. Why, it would be downright unpatriotic, they said. So, despite Mordechai’s remonstrations, many Jews attended the festivities.

Sadly, the Gemara informs us that their attendance is one of the reasons why they were later threatened with annihilation by Haman: “mipnei sheneh’nu mai’seudas Achashverosh – because they benefited from the feast of Achashverosh.”

The Gemara explains why Mordechai didn’t want them to attend. He foresaw that while wearing the eight garments of the kohen gadol, Achashverosh would desecrate the holy vessels of the Beis HaMikdash, using them for a drunken revelry. He also knew that the party was a celebration of the alleged failure of G-d to redeem the Jews after 70 years as promised. Finally, he knew that it was a wedding celebration in honor Vashti, who was the granddaughter of Nevuchadnezar, who destroyed our Temple.

But many Jews at the time were hoodwinked by the lures of the palace and didn’t listen to their gedolim – with devastating results.

In contrast, Esther showed incredible courage, adamantly refusing to divulge to Achashverosh her nationality, for Mordechai told her not to, even though she knew what this very fickle king could do to someone who disobeyed him.

In his commentary on the Megillah, the Rambam writes that although Achashverosh promised tax amnesty and many gifts to Esther’s nation, not one Jew revealed her identity; all of them obeyed Mordechai’s admonition.

Later, they again listened to daas Torah, fasting for 72 hours straight – even skipping the Seder night! – in adherence to the directives of Mordechai and Esther. And when the Jews were victorious against their enemies, they again listened and didn’t touch any of the millions of dollars of booty available to them from their fallen foes!

It’s vital that we train our children to have a wise rabbi they can turn to when they reach a difference of opinion in their marriage. The magic of so many marriages erodes over bitterness related to disputed issues. If a couple decides beforehand that, if they reach an impasse, they will speak to a respected Torah gadol – and believe in their hearts that his decision represents the will of Hashem – it will save them from much discontent and bitterness.

May Hashem bless us with the inner strength to listen to our sages, and, to all my dear readers: A very healthy, safe, and joyous Purim.

A Few Of My Purim Favorites 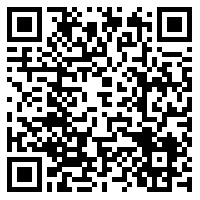