While every minute has 60 seconds and every hour has 60 minutes, our perception of time can change, making some minutes feel like hours and some hours feel like minutes. In a fascinating experiment, Leah Campbell and Richard Bryant studied how first-time skydivers perceived time in relation to their first jump (detailed in their article “How time flies: A study of novice skydivers”).


Yet, researchers Philip Gable and Bryan Poole present an important caveat to this adage. Just being content or satisfied doesn’t necessarily make time seem like it’s passing quickly; it’s fun or excitement in the pursuit of a goal that makes time fly (as summed up in their paper “Time flies when you’re having approach-motivated fun”).

Yaakov, who loved Rachel very deeply, offered to work seven years for her father Lavan so he could marry her. How would you predict the passage of time would feel to you if you had to wait seven years before marrying the person you loved?

Presumably, for most of us, those seven years would drag on and feel like “forever.” Interestingly, though, “they seemed to [Yaakov] but a few days (ke’yamim achadim) because of his love for her” (Bereishit 29:20). Somehow, the seven years “flew by” for Yaakov, which flies in the face of our hypothesis that the seven years would feel excruciatingly slow.

In fact, Rabbi Moshe Alshich is so convinced that because of Yaakov’s love and longing for Rachel, “every day would feel like a thousand years,” that he contends that it’s only in retrospect that he could say the time went by quickly. During the seven years, it was painful and agonizing. It is only afterward that the power of his love and connection to Rachel made him forget the excruciating anguish of the wait.

Other commentaries disagree. They assume Yaakov saw the seven years as passing quickly even while he was waiting. The Abarbanel suggests Yaakov’s love for Rachel was so great that he thought that seven years was a steal of a deal. He would have been ready and willing to spend even more time waiting for her. Consequently, the time frame did not seem daunting for him and he went through it with a positive mindset.

Similarly, Samuel David Luzzatto (Shadal) suggests that his love for her infused each day with peace, enjoyment, and hope. It is pain, discomfort, and negative emotions that make time seem slow to pass. Peace and positive emotions make time fly by.

The Chatam Sofer approaches this question, not from an emotional standpoint, but from a goal-oriented perspective. Only someone who is waiting for time to pass would feel that time is moving slowly. However, to Yaakov’s credit, despite the fact that he loved Rachel very much, he was able to treat each day with the proper reverence, taking advantage of his time, acting productively and being mindful of his task each day.

Rabbi Aharon Kotler takes this explanation one step further. Not only did Yaakov not squander his time; he used the time to work toward a goal. He knew that he still needed to develop himself personally and spiritually in order to build a family and fulfill the destiny that was outlined in his dream. He used this time to continue cultivating his strengths.

Combining the approaches together, we learn from Yaakov two essential ingredients for leading a momentous and engaged life that doesn’t feel like it’s dragging on: 1) savor the experience of positive emotions and 2) simultaneously plan and implement meaningful goals. 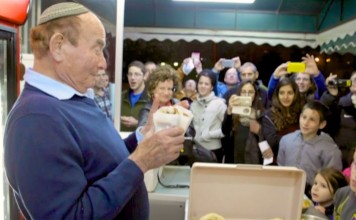 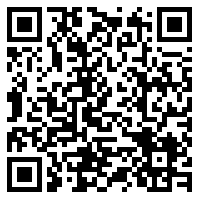