Eighty-seven Arab residents in eastern Jerusalem are expected to be evicted from their homes following three court decisions in favor of Ateret Cohanim, an Israeli association dedicated to the creation of a Jewish majority in the Old City and the neighborhoods of eastern Jerusalem.

All three cases have to do with claims by the association for the eviction of Arab squatters on the grounds of restitution of Jewish property that was stolen by the Jordanian occupier in the 1948 war.


On Monday, a panel of judges of the Jerusalem District Court – Rafael Yaakobi, Moshe Bar-Am. and Hannah Miriam Lump, rejected the appeal of the Duwik family from Silwan and ordered the evacuation of the building in favor of the Ateret Cohanim association, within two weeks. The family intends to appeal to the Supreme Court.

The Duwik family is one of the dozens of Arab families squatting in the former Yemenite Village neighborhood of Silwan. The neighborhood was established by Yemenite Jews who made aliyah in the late 1800s and lived there until the Arab pogroms of 1936-39 when the British Mandate government evacuated the local Jews for fear of the Arab murderers.

About 20 years ago, Ateret Cohanim purchased the Hekdesh Benvenisti endowment, which is registered as the legal owner of the land of Yemenite Village. The association then began legal proceedings against the Arab families who have squatted there for decades.

So far, the association has managed to evacuate several families and settle Jewish families in their place. However, dozens of lawsuits are still pending.

The state is assisting the Ateret Cohanim association, which is planning to establish a Yemenite Jewish heritage center in the neighborhood at a cost of NIS 4 million ($1.2 million).

About two years ago, the Supreme Court rejected a petition that attacked the state’s conduct in the Silwan cases. Despite their criticism of the state and Ateret Cohanim, Supreme Court Justices Dafna Barak-Erez, Anat Baron, and Yosef Elron decided to reject the Arab squatters’ petition, mostly because they are squatters and do not have any documents supporting their claim of ownership.

To remind you, Prime Minister Benjamin Netanyahu promised his voters to impose just this kind of legal sanity over the Jewish enclaves of Judea and Samaria, but then decided it was more important to end the long and bloody conflict with Abu Dhabi.

Since that Supreme Court decision, the proceedings against the Arab squatters in Jewish owned properties in eastern Jerusalem have intensified. In September, Judge Efrat Eichenstein of the Jerusalem Magistrate’s Court ruled that 26 members of the al-Fatah Rajabi family living in the neighborhood should be evicted from their homes.

In recent weeks, the associations reclaiming Jewish property in Jerusalem have won additional victories, including in the Sheikh Jarrah neighborhood. The land in Sheikh Jarrah, near the tomb of Shimon HaTzadik, was purchased by the Jewish communities in Jerusalem in the 19th century. Rightwing activists founded the Nahalat Shimon company, which acquired the rights to the land from the Sephardic community committee and the Ashkenazi community committee, and for many years the company has been conducting proceedings to evict Arab families from the area.

Proceedings are being conducted there against dozens of families, claiming that they are sitting on land that was Jewish-owned before 1948. About a month and a half ago, Judge Dorit Feinstein of the Jerusalem Magistrate’s Court ruled in favor of the Nahalat Shimon company and ordered the eviction of 25 Arabs belonging to four families. The judge also ordered the Arabs to pay NIS 280,000 ($85,000) in court fees and fees to the defendants’ lawyers. She also ordered the police to assist in the evictions.

Earlier this month, Judge Liat Benmelech of the Jerusalem Magistrate’s Court denied the 32 members of the Arab Sabag family’s request to postpone the execution of the eviction verdict against them.

In both cases, attorney Sami Arshid filed an appeal with the district court in an effort to prevent the evictions.

Hagit Ofran of Peace Now said the land claiming groups are trying to hurry up the evictions ahead of President-elect Joe Biden taking office on January 20, 2021. The groups fear that the eviction of dozens of Arab squatters could turn into a diplomatic incident with the new administration.

But attorney Avraham Moshe Segal, who represents the Benvenisti endowment, insisted that the Duwik family, even though they invaded their land illegally, “were offered, time and time again, to vacate the property they hold in exchange for monetary compensation that would afford them a proper roof over their heads elsewhere. Similar offers were given to all the invaders of the lands belonging to the endowment. Unfortunately, under heavy pressure from foreign players (including the Palestinian Authority), who do not hold the interests of the squatter families forefront on their minds, the squatters refrained from accepting the offers.”

Segal mentioned that the offers made to the Duweks included even the promise of a donated kidney to Mazen Duwik, a dialysis patient, if only they leave the property peacefully.

Yes, just another Palestinian not missing the opportunity to miss an opportunity. 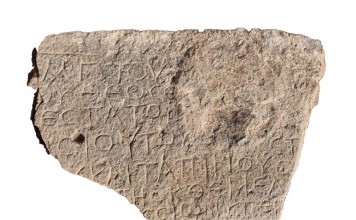