Once again, Iran is in the news. They have been provoking the United States in recent weeks and tensions are rising. The question I want to focus on is why now? It is true that the Trump administration has been extremely tough on them and has enacted crippling sanctions on the Iranian Regime, but that was months ago. Why is there so much escalating right now?

We all believe that Hashem runs the world and every aspect of our lives. He controls the world leaders, all minor events, and certainly major world events, such as wars. Therefore, we should all conclude that the recent attacks by Iran have been purposefully calculated to occur right now, but why?

I believe the answer is because we are in Elul. In just a few days, we will stand before the Judge of judges, the King of kings, who will determine if we will live or not as well as everything in between. We are to coronate Hashem as king on this day. We are given an entire month to prepare for this.

Why would Hashem cause Iran to pick a fight with the most powerful nation the world has ever known? If we were to contemplate what a war with Iran would look like, the picture would not be pretty. Iran is a dangerous enemy without boundaries and we know who their real target is, us. Our brothers and sisters in Israel would be in grave danger, rachmana litzlan.

We must realize that Hashem wants us to know that Iran, who may very soon have nuclear weapons, is looking for trouble. He wants us to be aware that Iran is starting a fight with the United States and, without a doubt, Israel. Once we come to that realization the next question is quite obvious: why would our compassionate Father in heaven want our worst enemy riled up and looking to start a war?

It is for us to realize that the only one who can save us is Hashem. He is waiting for us to cry out to Him as our only savior. Unfortunately, the most effective method is arming our enemy with nuclear weapons and having them incite violence.

There is a custom, derived from the Mishnah Berurah (581:2), to recite the kapitel of L’Dovid Hashem ori during the month of Elul through Shemini Atzeres. The primary topic discussed in the kapitel is that Hashem is the strength of our lives; we do not have to fear anyone for He will protect us from our enemies. Why is this the choice kapitel for the month of Elul? Wouldn’t a kapitel devoted to repentance have been more appropriate? While this year there is much more significance of this kapitel, given the rising of many of our enemies, we still must understand why this inyan should be emphasized during Elul and Tishrei.

Perhaps we can suggest that the custom of reciting L’Dovid Hashem ori during the month of Elul is to prepare us to accept Hashem’s kingship. The reality of this world is that there are enemies who seek our destruction. The job of a king is to ward off the threats of our enemies. By reciting the pesukim, which state that Hashem will protect us from our enemies, we are filling our hearts with the feelings necessary to accept Hashem’s kingship. When we accept our king, He will assume the responsibilities of a king saving us from our enemies as well as from all the other afflictions and diseases that plague us.

Rav Elchanan Wasserman, zt”l, wrote in his sefer Ikvisa D’Meshicha that everything that will happen to our nation, from the beginning of time until the end, is found in Parshat Ha’azinu. The Torah writes there that during the time before the redemption, it will appear that all is lost, the enemy is getting stronger, and nothing can save us (32:36). Then we will be able to see that everything is reliant on Hashem (32:39).

The time right before the redemption will be an “Elul,” which will prepare us for accepting Hashem’s kingship. This is the work of Elul, and our work during before the redemption. During this period of time, every other support mechanism will be removed until we come to the true realization that we have no other support aside from our King. We must open our eyes and realize that we are living in this time. There is nothing else that can save us from the severe predicament that our nation finds itself in right now, except for our Father in heaven. 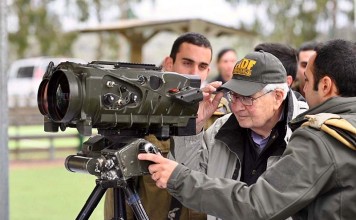