The Rema (Shulchan Aruch 95), writes that it is a custom to take three steps forward before saying Shemone Esrei. The Darkei Moshe says this custom is based on the Rokeach who writes that the three steps correspond to the three times the word “vayigash – and he drew near” appear in Tanach (“Vayigash Avraham,” “Vayigash eilav Yehudah,” and “Vayigash Eliyahu”).

The Rokeach offers a second explanation: When Moshe Rabbeinu went up to Har Sinai, he passed through three partitions: choshech, anan, and arafel – darkness, clouds, and swirling blackness. Therefore, we too – as we enter Hashem’s throne room to pray to Him – take three steps to demonstrate that we are passing through these three partitions as well.

The Kitzur Shilah explains that at the end of Shemone Esrei, we back up three steps to convey that we, once again, are passing through these three partitions as we take leave of Hashem.

Rabbeinu Bachya adds that the ramp leading up to the mizbe’ach was made up of three large tablets of stone. Since our tefillah is a substitute for the korban tamid offering in the Temple, we take three steps at the beginning of Shemone Esrei to commemorate the three tablets the kohen traversed as he came nigh to offer the tamid sacrifice to Hashem.

Ostensibly, we take these three steps to get closer to Hashem. But is coming physically closer to G-d possible? Doesn’t the Gemara teach us, “Ein gavhus lifnei HaMakom” – that one cannot elevate himself and grow closer to Hashem? Indeed, in Talmudic times, when a person served as chazzan, he took a step down. Hence the Gemara’s expression “Ha’yoreid lifnei hateiva – One who descends to pray before the congregation.”

“Melo kol ha’aretz K’vodo – The whole world is full with G-d’s glory.” Thus, one who stands up on a chair or on a ladder is not getting any closer to G-d. If so, what is the purpose of taking three steps forward?

The answer is that we wish to express our desire to achieve closeness with Hashem as we approach Him to ask for our daily needs and requests. As David HaMelech says, “Ani kirvas Elokim li tov – As for me, to be close to Hashem, this is what is good.” Taking three steps forward signifies this desire.

But why do we recall the three times “Vayigash” appears in Tanach? Perhaps to evoke the zechus of Torah as we enter Hashem’s throne room, for there is no greater merit that a person can have in this world than Torah, as the Mishnah says, “Talmid Torah k’neged kulam – The merit of Torah is equal to everything else.”

Why do we back up three steps before taking three steps forward? The Kaf HaChayim says we do so to stimulate feelings of awe and trepidation before we face the King of kings. That’s also why, says Rav Yaakov Emden, we ask Hashem to open our lips before we pray (an odd request that we never make in any other context). We feel speechless and awestruck before talking to the King of kings and therefore we ask Hashem for His assistance to maintain our equilibrium when we speak to Him.

The Alei Shur answers that the biggest praise of Hashem is acknowledging that only He can fulfill all our requests – that our health, wealth, etc. are solely due to Him.

May we merit the smarts to know how to pray to Hashem and, in that zechus, may Hashem fulfill all our requests for the good. 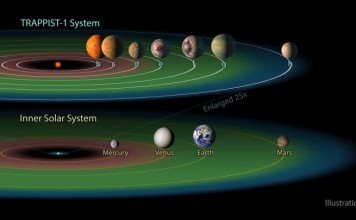