In the beautiful but remote town of Valhalla, New York under a cloudless blue sky, several dozen Jewish men huddled around the grave that was opened for Cecile Low, z’l, in the neatly manicured Sharon Gardens Jewish Cemetery in Westchester, chanting Kaddish, the traditional Jewish prayer for the dead. It mentions absolutely nothing whatsoever about the end of a person’s life, or what will be in the world to follow.

Kaddish is instead a reminder that although we cannot understand why we are forced to return the body of a loved one to the dust from which it came, we nevertheless must praise the Creator who now resumes sole care and custody over our loved one’s soul. Generally, it is a difficult prayer for relatives of the deceased to recite, and a serious obligation to maintain for the comfort and proper rest of that departed soul.


The cold weather and the remote location underlined the effort exerted by those who came to stand at graveside and to pay their final respects to the 96-year-old woman who almost none of them actually knew.

It was Peter Barten, himself approximately age 70, and not even a “member of the tribe,” who had just rescued his friend Cecile from what could have been a fate worse than death for a Jew and certainly for a Holocaust survivor — the ignominy of an anonymous disposal either in Potter’s Field or even, G-d forbid, perhaps by the use of a municipal cremation chamber.

“For someone who had escaped Hitler’s gas chambers, there could be no worse end,” said Rabbi Elchanan Poupko, the rabbi who Barten had contacted, seeking a Jewish cleric to “make sure his friend and neighbor had a proper Jewish burial.”

“People came from all over to show respect,” he told JewishPress.com in a series of exclusive interviews conducted over a period of days via the internet and by phone.

But at that point, the rabbi knew little about the woman other than her address on the Upper West Side, and her age. He told readers in the open invitation to her funeral that she had died “with no relatives or friends.”

It was only later that Poupko discovered the secret Cecile Low z’l had held close for so many years.

Born in Berlin in 1923, an only child, she was the only one from her class in school to emerge from Hitler’s Final Solution in Antwerp. Even as a young teen, she learned maintaining silence was the way to survive.

Her uncle, murdered in Auschwitz, was memorialized on a Page of Testimony in the Yad Vashem Holocaust Memorial Center in Jerusalem by a relative living in Israel.

Living Holocaust Testimony
In 1992, Cecile Low did agree to provide videotape Holocaust testimony for the US Holocaust Museum of Jewish Heritage. The summary of her testimony appears online:

“She recalls moving to Antwerp; living in the Jewish quarter; being placed in a Jewish class at school; antisemitism; German invasion; fleeing with her parents to De Panne, then France (Ambleteuse and Calais); returning to Antwerp; arranging for her grandmother to join them by writing a letter to the Belgian queen; living with her mother (her father was in hiding); attending a Jewish teacher training course in Ghent; teaching in a Jewish orphanage in Brussels; anti-Jewish restrictions; hiding with her parents in several places; she and another girl smuggling themselves to Switzerland via France with assistance from a German guard; surrendering to the police in Biel; internment in nine camps, including Bern, Langenbruck, Brissago, and Lucerne; close friendship with a camp leader; several nervous breakdowns; reunion with her parents in Switzerland; returning to Antwerp after the war; studying in Geneva; and emigrating to the United States in 1954. Mrs. L. discusses physical and emotional illnesses arising from her wartime experiences; her activities with Holocaust organizations; and the difficulties Belgian Jews faced in hiding or resisting.

The very little she shared about her life outside of that testimony, she shared with her friend Peter. On the day she passed away, Barten conveyed the information to the rabbi.

“Someone called me and asked me to help,” Poupko wrote on Facebook. “In Judaism, this is known as a ‘Met Mitzvah.’ Everyone becomes this person’s relative and needs to make sure they have a proper burial,” he explained. “I cannot express enough thanks to The Jewish Center and the amazing Rabbi Yosie Levine for making sure Ms. Low has a burial plot and will be given her final respects in a proper way,” he added. “We are calling on you to help give Cecile a proper funeral as she has no close family… Please be part of this incredible mitzvah. We will not be providing transportation so please either bring a car or we will pair up to Uber there.”

But the rabbi’s work wasn’t done: by the time he was in the car on the way back to the city from the funeral, Poupko was already on the phone, trying to figure out how to locate Cecile Low’s closest living relatives.

“This is important,” he told JewishPress.com when he called. “Can you help?” It turned out there was be something to bequeath to her heirs in the next generation, should Cecile Low z’l have family to whom to leave the estate.

The only problem was how to locate them. The Page of Testimony at Yad Vashem was the logical place to start. “Her closest relatives are in Israel,” he said. “We can’t find them. But they are entitled to the estate. They may have never met, but they are closest kin. Otherwise it goes to the State of New York … She also had a third cousin from Belgium. He was the only relative we spoke to,” he added. JewishPress.com reached out to Yad Vashem’s media relations department, which agreed to do whatever was possible to help in the search.

Two days later, the rabbi called back with amazing news: “Cecile Low is a cousin of the Lev family in Israel, which is a huge family,” he said, adding he had received some help from Israeli journalist Ariel Schnabel in tracking down this branch of her family.

“Take a look at these!” And he flashed photos across the internet of a beautiful woman at different stages of life. “This was in her house,” he said, and sent a document titled, Family Tree of the Family Low.

“In general the family Low could be divided in the wealthy, chassidim, learned men, and the God-fearing,” she wrote in the family document. “The Lows were mostly “Baal-Zadukim” (money spenders). They supported Yeshivas of many places, and they did much good. The family Low made themselves known in Central and Western Galicia. Out of each three persons there were two Lows in Szendiszov. Nute (Natan) Low, the oldest of Jankov Jeshaja’s children, was mayor of Szendiszov. Also other members of the family Low was respected and popular among the high and even the non-Jewish society.“

He paused. “She has thousands of cousins. Take a look at this document.” He sent a second document, with a more detailed family tree. “Very famous family in Israel. War heroes, professors. Her relatives are Professors Avi Lev and Zev Lev, founders of Machon Lev. I have spoken with them by email.”

Cecile Low’s family in Israel is still being sought. Anyone with information about the Low family and/or Cecile Low in Israel is encouraged to write to the Editorial Department of JewishPress.com.

This is a story that ends with much beauty and joy.

But Rabbi Poupko added a cautionary note, having also spoken at the funeral with someone who encountered a situation that ended quite differently. “Someone here told me they checked the city morgue and a woman with a million dollar trust fund was there,” Poupko said. “She had not left final instructions,” so no one knew what to do.

Bruce Rosenblum, head of security at Lincoln Square Synagogue, told the rabbi he was aware of the case, and said it underlines the need for people to leave final instructions, in a visible place.

It is illegal to access a will without a court order, if it is locked in a bank vault or security box, warned Rabbi Poupko. “It’s a lesson to people on the need to leave a will where someone can see it.” 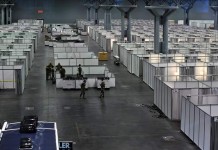 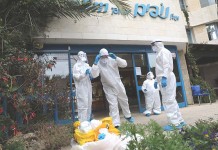 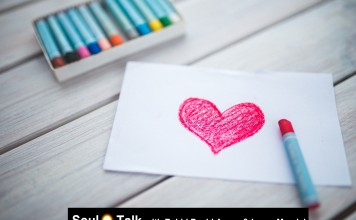