“Aseret HaDibrot” and “Asarah Maamarot” both mean “Ten Sayings.” The former were proclaimed on Mt. Sinai and the latter were used to create the world (Avot 5:1). But why are one called “Dibrot” and the other “Maamarot”? What’s the difference between “dibbur” and “amirah”?

In the lead-up to the giving of the Torah, G-d told Moshe, “So shall you say (tomar) to the House of Jacob” (Exodus 19:3). Rashi explains that “House of Jacob” refers to Jewish women to whom Moshe was supposed to broach the idea of receiving the Torah in a gentle manner. Evidently, then, “amirah” connotes a softer form of speech.


Rashi elsewhere (to Number 12:1) writes explicitly that “dibbur” connotes harsh speak while “amirah” connotes supplicatory speech. In his commentary to Exodus 6:2 and 32:7, he derives this understanding from the statement of Yosef’s brothers that the Egyptian viceroy “spoke (daber) with [them] harshly” (Genesis 42:30).

Rabbi Yaakov Tzvi Mecklenburg (1785-1865) points out that “dibbur” doesn’t always connote harshness. For example, the Torah tells us that Shechem seduced Dinah: “and he spoke (vayidaber) to the lass’s heart” (Genesis 34:3). In this context, “dibbur” clearly does not connote harshness; rather, it means speaking in an intense way. Indeed, Rashi himself writes (on Leviticus 10:19) that “dibbur” implies boldness, not necessarily harshness.

The Maharal in Netivot Olam writes that “dibbur” in the context of Torah study is always pleasant; it only connotes harshness in other contexts. Moshav Zekanim (to Exodus 6:2) says “dibbur” is only an expression of harshness in the Pentateuch, not the rest of Tanach.

The Zohar (Nasso 132b) states that “dibbur” indicates raising one’s voice to forcefully make an announcement while “amirah” does not. When G-d created the world, no listeners were present so He didn’t need to “raise His voice.” We therefore speak of the “Asarah Maamarot.” When He revealed the Decalogue at Mount Sinai, however, the entire Jewish people were gathered at the mountain, so G-d “raised His voice” and we therefore speak of the “Aseret HaDibrot.”

Sefer HaChachmah, ascribed to the late 12th century Asheknazic scholar R. Elazar Rokeach of Worms, writes that “amirah” connotes setting up a framework within which a dibbur can be said. Thus, the Asarah Maamarot, which created the world, set up a reality within which the Aseret HaDibrot could have relevance.

Rabbeinu Bachaya (to Exodus 13:1) writes that “dibbur” alludes to the Written Torah while “amirah” alludes to the Oral Torah. Many other sages have cited this idea and expanded on it, including the Vilna Gaon (1720-1797), Rabbi Pinchas Horowitz of Frankfurt (1731-1805), and Rabbi Naftali Tzvi Yehudah Berlin (1816-1893). Interestingly, an amora is a rabbinic sage of the Talmud.

The beginning of Haazinu reads: “Listen O Heavens and I shall speak (va’adabeira), and the Earth shall hear the sayings (imrei) of my mouth” (Deuteronomy 32:1). The Vilna Gaon notes that when speaking of the Heavens, from whence the Written Torah was revealed to man, Moshe uses the term “dibbur,” but when speaking of the Earth – whose inhabitants transmit and shape the Oral Torah – he uses an “amirah”-related word.

The Zohar (Genesis 239b) explains that the word “leimor” in the oft-repeated verse, “Vayidaber Hashem el Moshe leimor” connotes revealing hidden elements that are not included in “vayidaber.” In other words, “amirah” indicates an expansion of “dibbur” – just like the Oral Torah is an expansion of the Written Torah.

The Zohar (Exodus 161a) states that G-d looked into the Torah and created the world. The world, in other words, grew out of a Torah blueprint. Thus, we use the word “dibbur” for the Torah and “amirah” for the world, which is an expansion of the Torah.

The Malbim offers two more ways of differentiating between “dibbur” and “amirah,” both of which conflict with those we’ve mentioned until now. First, he suggests that “amirah” denotes an absolute statement while “dibbur” denotes a suggestion or proposition. The words used to create the world and the rules of nature – the Asarah Maamarot – were uttered in absolute terms because they are so powerful that only G-d can break them. On the other hand, the words of the Decalogue – the Aseret Hadibrot – were expressed with the softer “dibbur” since some prohibitions can be suspended in certain circumstances.

Alternatively, the Malbim explains that “amirah” is used for short statements while “dibbur” is used for longer discourses that elaborate upon and explain short statements. Similarly, Rabbi Shmuel Jaffa-Ashkenazi of Istanbul (1525-1595) writes that “amirah” indicates “headings,” or “headlines” of a topic, as opposed to its details. To support this understanding, he cites Isaiah 17:6, which states that Sancheirev won’t be able to conquer Jerusalem just like a harvester can’t reach the olives on the uppermost branch (rosh amir). Just like “amir” refers to just a branch, “amirah” refers to just chapter headings.

When G-d used “Ten Sayings” to create the world, He was brief since there was no audience. But when He instructed the Jewish people of His expectations for them, He wanted to make sure they understood Him, so He sacrificed brevity for clarity. 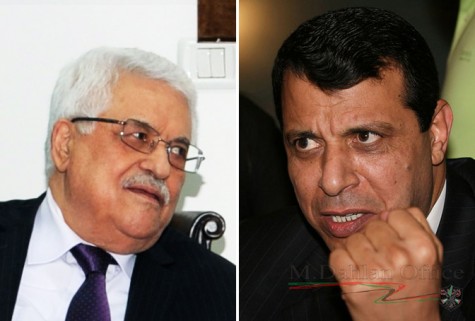