“All Israel are guarantors one for another,” (Shevuoth 39a). The Jews of the town of Kalinkubitz, which adjoined the city of Minsk in Lithuania, learned this lesson well when a near tragedy struck their town. It happened during the time of Rav Dovid Tabli, a talmid of Rav Chaim of Volozhin and the chief rabbi of Minsk.

Erev Yom Kippur, a company of soldiers arrived in town escorting a group of prisoners on their way to St. Petersburg to stand trial. The prisoners were accused of various crimes ranging from sedition to murder. Amongst them was a Jew accused of murder.

When the Jewish leaders of the town heard about the Jewish prisoner, they approached the captain of the guard and asked him to release the prisoner into their custody so that he might be able to pray in the synagogue on Yom Kippur. The captain was reluctant to take a chance, but agreed after being offered money. However, he assigned a soldier to accompany the prisoner to the synagogue to guard him.

When the prisoner came into the shul he was given a tallis and siddur and began to daven with the guard sitting next to him. When the shul reached Shemoneh Esrei, he turned to the guard and whispered that he had to go to the bathroom.

Before the guard could react, the man took off his tallis and left the room. The guard waited a few minutes and then went out to look for him. But the prisoner had vanished. The guard went back into the shul and yelled that the prisoner had escaped. The congregation began to search for him. They even looked for him in the surrounding villages but he was nowhere to be found.

That same night the leaders of the town were taken to jail, to await the arrival of the governor arrived. The townspeople were afraid they would be accused of helping the prisoner to escape. They also knew that the governor loved money and were sure he would use this opportunity extract a big ransom from them.

Their worst fears were realized. The community leaders were taken from their cells and brought before the governor. He shouted at them, accusing them of plotting the prisoner’s escape. He knew that they had bribed the captain of the guards.

His judgement: All of them, including the rav, would receive 25 lashes until they revealed where the prisoner was hidden. They pleaded with the governor for time, and told him that they would pay any fine he would impose upon them.

“Very well!” shouted the governor, “I will give you a month’s time to raise the money.” He then named an amount that would be impossible for them to come up with.

The community leaders decided to send a messenger to Rav Zundel Sonnenberg, known as Zundel the Great, the chief rabbi of Petersburg. They chose lots to determine who to send and the choice fell on the elderly dayan. The distance was great and the road was difficult as it was the rainy season, but the dayan happily undertook to save the lives of the Jews of Kalinkubitz. While all the Jews of the town were saying Tehillim for his success, the aged messenger started out.

On the way, he stopped off at the home of Rav Dovid Tabli in Minsk for a bracha. Rav Dovid wrote a personal letter to Rav Zundel, urging him to help this messenger and he blessed the man that he be successful in his venture.

“Go in peace,” said Rav Dovid, “and remember the edict of our sages that the saving of even one life is more important than all the mitzvot of our Torah.”

The messenger continued riding day and night until it was erev Shabbos. Remembering Rav Dovid’s words he told his Jewish coachman not to stop for Shabbos.

Shabbos morning, the harried horses, foaming at the mouth, reached the great shul in the city of St. Petersburg where the Gaon, Zundel the Great, was praying. Shouting at the top of his lungs, the old messenger said, “Rav Zundel, save the Jews of the town of Kalinkubitz!”

The members of the congregation were thunderstruck. They were in the middle of Krias HaTorah. Rav Zundel the Great was annoyed and he ignored the commotion until the aged messenger gave him a letter from the Gaon Rav Dovid Tabli and told him about the urgency of the matter.

When Rav Zundel heard the name of Dovid Tabli he immediately stopped the reading of the Torah and listened to the full story of the tragedy. Rav Zundel then urged every person to go home immediately and make a collection for time was of the essence.

That afternoon the money was raised and turned over to the messenger. Rav Zundel assured everyone that they had not committed any sin but on the contrary had earned one of the greatest mitzvot.

The following week Rav Zundel received a letter from Rav Dovid Tabli, “May your lot be my lot,” said the letter. “Now I realize why you are called, ‘great.’ For it is a din (Rambam, Hilchos Shabbos 2, third halacha) that to violate the Shabbos to save a life, you are not to do so through a non-Jew, a servant, a woman or a child but only through the greatest person in Israel.”

“And if you feel any regret about violating the Shabbos,” the letter concluded, “Therefore do I offer you any amount of Sabbasos which I observed during my life. I offer them all in exchange for that one Shabbos which you violated to save the Jews of Kalinkubitz.”

A Little Closure on an Unspeakable Tragedy 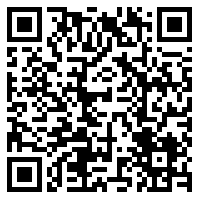