On the anniversary of an event chilling even by Holocaust standards, the notorious Babyn Yar (“Babi Yar”) massacre that left an entire Jewish community dead or dying in a forest outside one of Ukraine’s largest cities – and under the noses of its remaining residents – a memorial ceremony was held at UN Headquarters, jointly hosted by Ukrainian Ambassador Volodymyr Yelchenko, US Ambassador Samantha Power, and Israeli Ambassador Danny Danon.

Ambassador Power shared eye-witness accounts. She described how victims, after being told to dress warmly and gather belongings, were marched beyond city limits to a nearby forest where they were instructed to leave their possessions in a pile and undress.

“The German soldiers then formed a gauntlet through which the Jews had to pass,” she told an audience made up mostly of members of the diplomatic community. Power described how naked men, women and children were whipped and beaten with sticks as they barreled through the human corridor, trying to fend off the blows with their hands.

“When they finally emerged they found themselves beside a deep ravine. Other groups of soldiers instructed them to either stand on the edge of the ravine, where they awaited their moment to be shot and tumble into the abyss, or to climb down and lay on top of already dead bodies, where they waited to be shot as bodies and dirt fell around them.”

Although the Nazis, and their collaborators, worked diligently and systematically from 10am to 6pm, they were not able to get through the tens of thousands of Jews in one day. “And so,” explained Power, “thousands more were locked in a warehouse overnight, left to contemplate their fate while the soldiers got a good night sleep, in order to be well rested for the job ahead tomorrow.”

Ambassador Danon thanked all who came to pay tribute, and conveyed the significance of the massacre. “The Jews of Kiev woke up in their homes on September 28, 1941. By the next day – Erev Yom Kippur of 1941 – 33,771 of them were dead or buried alive.” The events at Babyn Yar represented the first stage of the Holocaust explained Danon, “the deliberate, organized mass murder of six million Jews. Genocide.”

He invoked the words of a former Chief Rabbi of Israel, Rabbi Yisrael Meir Lau. “Rabbi Lau believed that Babyn Yar was a test conducted by Hitler to see how the civilized world would react to such an event,” said Danon. “After all,” he continued, “it didn’t take place hidden away in a concentration camp.”

Ukrainian Ambassador Volodymyr Yelchenko also spoke at the ceremony, describing Babyn Yar as a dark point for Ukraine and for humanity.

In videotaped testimony, Babyn Yar survivor Raisa Dashekevich described how she ran naked through the gauntlet as fast as she could, clutching her baby in an attempt to shield him from being cut by a whip, all the while frantically looking for her own mother, who she’d become separated from in the chaos. She passed the last soldier in time to see her mother shot, then fall into the pit on top of other writhing bodies. Raisa held her baby jumped.

“People kept landing on us,” she recalled, “it became so dark and cold, there was so much weight on us. There was screaming, and dirt thrown over us, and terrible smells.” She remembers going in and out of consciousness, then at one point during the night, realizing her baby had gone cold. But Raisa couldn’t find any bullet holes. She realized that he hadn’t been shot, he had been crushed to death, most likely by herself. She left him there and climbed up through the layers of bodies out into the moonlight. She found her way, filthy and bloody, to a nearby farmhouse where she was saved by the kindness and bravery of the farmer’s wife.

Ukrainian President Petro Poroshenko addressed the assembly through a recorded video message, saying that although Babyn Yar was primarily a tragedy for the Jews, it was a catastrophe for all mankind. “It remains one of the hardest memories and deepest wounds for our country,” said Poroshenko, “a reminder of the terrible price that can be paid for political shortsightedness.” In what may have been a veiled reference to Russian President Vladimir Putin, he added, “It is a reminder what can happen when you condone the aggression of paranoiac dictators.”

As the ceremony drew to a close with a short and somber chamber music concert, the audience was reminded that Jews weren’t the only victims of the infamous ravine. In all, over 150,000 people were murdered at Babyn Yar.

The evening dedicated to remembering ended with a final reminder by its hosts: Please. Don’t forget. 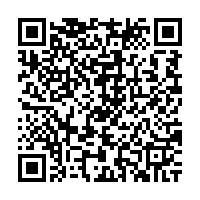