In the days of the Second Beis Hamikdash the Romans ruled over Eretz Yisrael and installed a king by the name of Hordus, or Herod, to enforce their rule. Hordus was an evil and ambitious man, and was quick to do whatever the Romans requested of him, no matter how terrible the decree was. Because of this, the Jewish people hated him, and this in turn caused him to hate them even more.

In Jerusalem there lived a man who was truly righteous and pious. When this man, Yonadav, saw how things were going he went to the evil Hordus and said: “Why must you be hated by the people? Let me suggest if only the king would show kindness and compassion to the people, they would surely follow you faithfully and would love you.”


The king, however, only grew angry and replied, “I do not need your advice on how to lead people. Be gone!”

When Yonadav saw that the king would not change he decided to move his household, for he knew that Hordus would make life miserable for him.

To The Hills Of Lebanon

Since he had land in the foothills of Lebanon, in the north of Eretz Yisrael, Yonadav took his entire family there and began a new life for himself. He continued his wonderful ways of charity and goodness so that when he had enough food for himself and his family, he would take all the rest of his harvest and send it to Jerusalem to be distributed to the poor.

One day Yonadav’s wife took ill and died. Yonadav and his daughter Zemira buried her and mourned for her. At the termination of the days of mourning, the widower built a little rounded tent over the grave and there his daughter would go every day to pour out her heartache to her mother.

One day, as Zemira stood in silent prayer inside the tent, she heard footsteps behind her. Whirling around in fright, she saw a tall young man with long hair falling down to his shoulders. She immediately understood that this was a Nazir who, during his period of vow taking, was forbidden to cut his hair.

“Have mercy on me,” the man answered, “and allow me to hide here. Hordus, the evil one, has sent orders that all the Nazarites are to be killed, and his troops are already in the neighborhood. Allow me to hide here so that my life will be saved.”

When Zemira beheld the young man’s pleading face, she replied: “I will hide you from those who seek your life. Remain here and I will bring you food to eat until it is safe for you to leave.”

Zemira was as good as her word. Each night, for three nights, she brought the hidden Nazir food until the soldiers had left the area. On the final night she brought food for the road, a sack of gold coins and, taking off her gold bracelet, she gave it to the young man saying: “take these and may the Almighty be with you and watch over you.”

“Bless you my maiden,” replied the Nazir, and he slipped away quietly into the night.

Yonadav had a very dear friend who resided in the holy city of Hebron, and whom Yonadav had not seen for many, many years. It was a great surprise, therefore, for him to receive a letter from his friend Uzziel.

Opening it, he read:

“My dear friend, I know that you have a daughter who is not only wise but is G-d fearing. I, too, have a child – a son – who walks in the ways of the Torah. If it is proper in your eyes, give your daughter to him to be his wife.

“If you agree, answer me and I will give to my son a wedding dowry worthy of the new couple, and we will to celebrate the wedding and the wedding feast in your home.”

When Yonadav read the letter he was greatly overjoyed and exclaimed: “This is the fulfillment of my dearest wish to have the son of my good friend marry my daughter.” 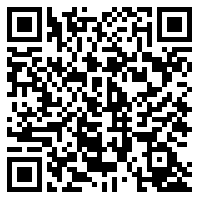