A major tragedy was avoided Sunday morning when a 45-year-old police officer stopped a female suicide bomber at the al-Zaim checkpoint near Ma’ale Adumim, about three miles from downtown Jerusalem.

According to police, the vehicle looked suspicious as it traveled slowly in the bus lane on Route 437 shortly after 7 am, so the traffic police officer signaled for the driver to stop.


She obeyed, but as the policeman began to approach the vehicle, the driver yelled “Allahu Akbar!” and detonated a bomb in her car.

According to Israel Radio, the bomber was trying to reach downtown Jerusalem. Instead, she was badly injured in the blast.

MDA teams who arrived treated the police officer at the scene and then evacuated him to Shaare Zedek Medical Center in Jerusalem with burns to his face and upper body.

The terrorist was transported to Hadassah Ein Kerem Medical Center.

Following the attack, the section connecting the Highway 1 Ma’ale Adumim ramp and the al-Zaim checkpoint was closed in both directions.

“When we arrived we were led to a man .. who was fully conscious,” paramedic Aharon Adler told Walla!. “He was walking, and suffered burns to his upper body. We gave him medical attention and evacuated him to hospital in stable condition.”

Adler added that “when we were able to go near the vehicle, we took care of the driver who was conscious, with burns all over her body, and evacuated her to hospital in critical condition.”

Former MK Prof. Aryeh Eldad told NRG: “I was traveling uphill from Ma’ale Adumim to Jerusalem. About 100 yards ahead of me the traffic had stopped and I saw smoke. Police arrived with a sapper, and I heard it was a suicide bomber on the road. We heard warnings about this area and apparently the warning was about this.”

Early analysis suggests that this morning’s car bomb marks an escalation in the cycle of violence, from sporadic acts on the part of individuals and loosely organized riots to an attack operation that requires a more established organization.

The same analysts point to internal struggles inside the Palestinian Authority, and between Hamas and the PA, as well as between Salafi Muslim jihadists in Gaza and the ruling Sunni Muslim Hamas — all of which are being expressed through anti-Israeli violence.

JNi Media contributed to this article. 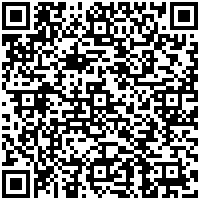