Israel’s Coordinator of Government Activities in the Territories reports that a falcon attached to a rope with flammable material was found Monday near the Gaza Strip. More than 1,000 arson fires have been caused by incendiary materials flown from Gaza into Israel. “Apparently it’s not enough to destroy nature with kites; now falcons are being used for terror as well,” the COGAT tweeted. 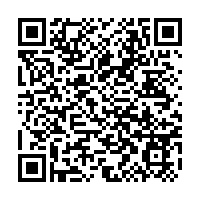