A rocket fired by Gaza terrorists at southern Israel late Monday afternoon was shot down by the Iron Dome anti-missile defense system, just seconds after a Code Red incoming rocket siren once again sent Israelis racing for the bomb shelters.

The rocket was on a trajectory heading for the southern Israeli city of Sderot. was shot down late Monday afternoon.

The warning siren, which was triggered at around 5:39 pm, was activated in Jewish communities ranging from Sderot all along the Ashkelon coastal region. 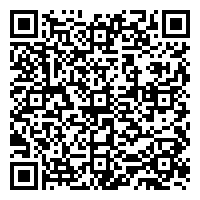