Jerusalem Mayor Nir Barkat caused a minor storm yesterday when he was spotted in the Beit Hanina neighborhood, next to Shuafat, armed with what appeared to Israel’s Channel 1 as a mini-assault rifle, which the reporter misidentified as a variation of the Galil. The Arabs have been violently rioting in Beit Hanina and Shuafat.

Channel 1 was very concerned that the mayor was walking around Jerusalem without a proper license for the weapon. It’s still difficult for the average Jerusalem resident (and Israeli) to get a gun license.


In fact, Barkat, who earlier this year caught a terrorist mid-attack in Jerusalem has a proper license for a .40 caliber Glock pistol (personally, I recommend the CZ P-07, but to each their own). He was using it with a RONI carbine conversion kit, which allows quick conversion of a handgun into a carbine rifle (it’s very cool). The conversion kit increases shooter accuracy.

The mayor’s office released a photo of the gun in the RONI, and the mayor’s gun license.

The mayor should know, his gun license expires at the end of the month. It’s renewal time. 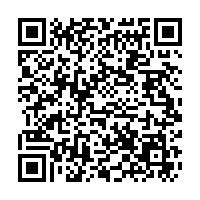