A video uploaded to YouTube* by a Hamas account on Oct. 6 glorifies and encourages murdering Jews in the Old City of Jerusalem.

The video shows what purports to be a Palestinian Arab man in his twenties. The Arab is shown wearing a Fatah-style kefiyah. He is sitting in an alleyway of what looks like the Old City of Jerusalem, and he is watching a video on his cellphone.  Young Arab boys play ball in the alley.

After a few seconds, two men dressed up as religious Jews appear in the alleyway. One is wearing a black hat and long frock coat, the other is wearing a kippah and a tallis.

The “Jew” with the tallit knocks over a small boy and then kicks him. Then the “Jew” with the black hat pushes one of the Arab kids, knocking him over. The two “Jews” then grin at each other as they continue up the alleyway, where they walk past the Arab young man.

The video closes in on the Arab’s face. He is seething.

The video then seems to back up and the two Jews are again walking down the alleyway. This time the Arab youth is standing on the side of the alley, holding a sharp knife. The Arab springs forward, brutally stabbing the “Jewish” black hatted man, who falls to the ground, dead.

Then the Arab runs down the alley after the “Jew” in the tallit, who is running away. But not fast enough.

The Arab catches the second Jew. The camera zooms in on the knife, and catches the moment of impact of the knife into the man’s neck. Blood gushes out.

The second Jew crumples to the ground.

The video ends with what looks like blood hitting the camera lens. A slogan in Arabic, calling for an intifada, and #freedom of al-Aksa, flashes across the screen.

The only truly surprising thing about the video is that it was uploaded by a Hamas account, but the Arab terrorist is wearing a Fatah kefiya and it focuses on the Old City, which is not typically thought of as the turf of Hamas.

UPDATE: The video was removed from YouTube. That is good news. But it was posted to other social media and it received wide distribution before it was removed from YouTube. You can see what was in the video because the JewishPress.com captured most of it in screen captures and included it here for people to see the venom and the violence pouring out of the people who are supposed to be Israel’s peace partners.

Significantly, the video was posted after various Arab leaders, including Jordanian and Egyptian leadership, told the Palestinian Authority’s Mahmoud Abbas that he had to clamp down on the murderous incitement amongst the Palestinian Arabs. It was also posted after Abbas made public statements that he was doing so.

This is what appears where the video was previously:

Not sure why YouTube has “sorry about that” in the message, but at least this particular incitement has been removed. 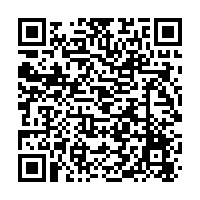