Arab riots spilled over to Tel Aviv-Jaffa Tuesday night with large-scale vandalism and violence incited by the northern branch of the radical Islamic Movement.

Six Arabs were arrested, and five policemen were slightly injured.

They ostensibly were protesting Israeli actions to stop Muslim violence on the Temple Mount, but the youth previously have attacked the local yeshiva several times in smaller-scale riots.

Police initially tried to disperse the rioters and then turned to a local sheikh who helped clam down the dozens of youth, most of them riding electric bikes, motorcycles and bicycles.

They hurled rocks at a yeshiva, police and cars and buses, smashing several windows,

The rioters also burned tires on the main road in Jaffa, near the square in the city that is part of Tel Aviv, and overturned trash cans to block the street. 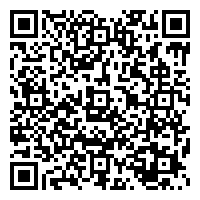