As America celebrates Presidents’ Day, one man and his life’s work gives us an appreciation of what the presidents meant to him – and should mean to all of us.

The Orthodox Jewish Chamber of Commerce, a global network for business development and government advocacy, has reintroduced the historic Presidential Collection by the late celebrity artist Morris Katz in order to perpetuate Morris’ legacy and the meaning behind the collection. Morris was a Holocaust survivor and refugee whose patriotism and appreciation towards the nation that provided him refuge knew no bounds. He therefore dedicated his most prized life’s work towards heirloom portraits of the US presidents, as an appreciation towards these great men and the office they occupied.


Born in Galicia in 1932, Morris’s once-in-a-generation artistic talent was evident at a young age. During the Holocaust, Morris suffered unspeakable horrors in Nazi concentration camps and lost most of his family. Morris’s art career in the US would earn him global acclaim, with nicknames such as “the world’s fastest artist” and “the Albert Einstein of Art.” Morris was recognized by the Guinness Book of World Records as both the fastest and most prolific artist in the world, wresting the latter world record from Picasso in his presence! Morris was prominently featured by “Ripley’s Believe it or Not” and a cross section of major US media shows. Morris taught his unique “Instant Art” painting method at art schools and it is being taught through today.

Within minutes of the assassination of President John F. Kennedy, Morris began his longest and dearest project ever: The Presidential Collection. Morris spent years painting meticulous masterful portraits of each president, from George Washington through, eventually, George H. W. Bush.

The artist famous for completing beautiful portraits within minutes spent an average of 200 hours(!) on each Presidential Collection portrait in “Old Master” style. These were the first presidential portraits in history in which the flags featured a precise number of stars, equal to the number of states/colonies in the union at the time. These portraits became world famous. Millions of postcards featuring them were sold, each one featuring a tribute from the artist to the presidents and the great nation they led.

“More than the incredible detail and talent, the Presidential Collection poignantly conveys Morris Katz’s feelings and his legacy,” says Duvi Honig, Founder and CEO of the Orthodox Jewish Chamber of Commerce. “On this special day, let us all internalize this message and display proper appreciation towards our nation and its leaders – and share it with the next generation.”

The Chamber founded the “Morris Katz Foundation” and launched http://morriskatz.org/, which features his private Presidential Collection, to serve as a tribute to both Morris and the Presidents, as well as an effective educational tool. 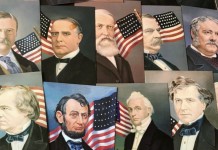 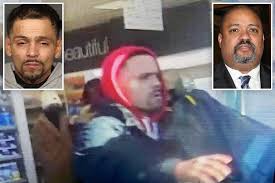