Palestinian Authority Economy Minister Khaled Al-Osaily has announced a decision by Turkey’s President Recep Tayyip Erdogan to establish an industrial zone in the city of Jenin, located in the PA-controlled area of Samaria near central Israel.

According to a report published Monday by Turkey’s Daily Sabah news outlet, the planned industrial zone extends of 1,100 dunams (each dunam equals 1,000 square meters). It is located about three kilometers (less than two miles) north of central Jenin.


Israel’s Foreign Ministry spokesperson told JewishPress.com on Monday evening that he was unaware of the project.

Inasmuch as the Palestinian Authority does not legally constitute an independent sovereign nation, it is not clear whether the Ramallah government has the right to invite an external entity – particularly one whose leader has openly expressed hostility to the State of Israel on numerous occasions – to establish a permanent presence within its territory, creating a potential de facto threat to the people of Israel.

In addition to Turkey’s financial investment of $10 million, Al-Osaily told the Anadolu Agency on Sunday there is also “a plan for Turkish factories to operate in the [industrial] zone,” including food, textile and car installation factories.

Al-Osaily told the news agency the construction of external infrastructure on the site, with a completion date within the next five or six months, is to be financed by Germany at a cost of about 24 million euros ($29.09 million).

The internal infrastructure, financed by Turkey, is targeted for completion within the next few months, Al-Osaily said. He thanked Erdogan, the Turkish government and its people “for their political stances and for supporting the Palestinian economy.” 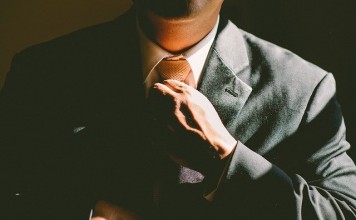