From the transcript of PM Benjamin Netanyahu’s expose on Iran’s nuclear program, we can see a bit of foreshadowing on the future of Iran’s nuclear scientist Dr. Mohsen Fakhrizadeh.

There’s another document from the archive. This is following the new directive of Iran’s Minister of Defense, Mr. Shamkhani, today he’s the director of the National Security Council. Following the new directive of Iran’s Minister of Defense, the work would be split into two parts, covert and overt. A key part of the plan was to form new organizations to continue the work. This is how Dr. Mohsen Fakhrizadeh, head of Project Amad, put it. Remember that name, Fakhrizadeh.
So here’s his directive, right here.
And he says: “The general aim is to announce the closure of Project Amad,” but then he adds, “Special activities”—you know what that is—“Special activities will be carried out under the title of scientific know-how developments.” And in fact, this is exactly what Iran proceeded to do. It continued this work in a series of organizations over the years, and today, in 2018, this work is carried out by SPND, that’s an organization inside Iran’s Defense Ministry.
And you will not be surprised to hear that SPND is led by the same person that led Project Amad, Dr. Fakhrizadeh, and also, not coincidentally, many of SPND’s key personnel worked under Fakhrizadeh on Project Amad. 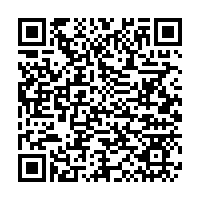