Adding his condemnation of the assassination of senior Iranian nuclear scientist Mohsen Fakhrizadeh to similar attacks by the Ayatollahs in Tehran and the European Union in Brussels, J Street President Jeremy Ben-Ami on Sunday issued a statement saying “the assassination of a senior Iranian nuclear scientist appears to be an attempt to sabotage the ability of the incoming Biden administration to re-enter the Joint Comprehensive Plan of Action (JCPOA) as well as the chances of further diplomacy, either by limiting the political leeway of Iranian officials who want to restore the deal, or by triggering an escalation leading to military confrontation.”

I’m the first to agree that making analogies to the Holocaust is something one should weigh carefully, since mentioning the years 1933-1945 in reference to current events often smacks of hysteria and a lack of appreciation of just how terrible those 12 years were. Having said that, my first reaction to Ben-Ami’s condemnation of the killing of the father of the Iranian nuclear weapons program brought to mind May 27, 1942 assassination of Schutzstaffel (SS)-Obergruppenführer and General der Polizei Reinhard Heydrich, head of the Reichssicherheitshauptamt (Reich Main Security Office, RSHA), the combined security services of Nazi Germany, and acting Reichsprotektor of the Protectorate of Bohemia and Moravia.


Heydrich was one of the most powerful men in Nazi Germany. He was given supreme charge of the “Final Solution to the Jewish question.” His assassination was carried out by soldiers of the Czechoslovak army-in-exile, in Prague, after preparation and training by the British Special Operations Executive and with the approval of the Czechoslovak government-in-exile. Heydrich was wounded in the attack and died of his injuries on June 4, 1942. His death led to a wave of reprisals by SS troops, including the destruction of villages and the mass killing of civilians, most memorably the Lidice massacre, where 199 men were killed, 195 women were deported to Ravensbrück concentration camp and 95 children taken prisoner, 81 of whom were later killed in gas vans at the Chełmno extermination camp.

In terms of the two men’s ambitions, there is no daylight between Reinhard Heydrich and Mohsen Fakhrizadeh. They both aimed to annihilate roughly 9 million Jews, and they both ruled and operated a state-run industrial effort to carry out their terrifying designs. In that context, there is also no difference between Ben-Ari’s condemnation of Fakhrizadeh’s assassination and the elimination of Heydrich.

As far as Ben-Ami is concerned, it’s all politics, and therefore he points his fingers at “those who oppose the JCPOA” who “will stop at nothing to kill the agreement once and for all, despite repeatedly being proven wrong about the deal’s success in blocking Iran’s paths to a nuclear weapon and the disastrous consequences of Donald Trump’s violation of the pact.”

The proof is in the pudding, according to Ben-Ami:, who continues: “The facts speak for themselves. Iran now has twelve times as much enriched uranium as when Trump took office. Its forces have openly launched missiles at US troops. The Iranian people — suffering cruel sanctions in the midst of a pandemic — blame the United States rather than their own government’s hardliners for their predicament.”

OK, I won’t stretch my analogy to suggest that Jeremy Ben-Ami is, God forbid, Lord Haw-Haw, but is it not clear to anyone who has been following the Trump administration’s sanctions war on Iran that it has been a considerable success, and that Iranians are smart enough to know who their real oppressors are, and it ain’t the United States. Not Israel, either.

On Sunday, we cited analyst Meir Bar of the Netziv Net website (Fakhrizadeh’s Assassination May Bring on Flight of Iranian Scientists Fearing for their Lives), who suggested the assassination should not impact the future of Iran’s efforts to build a nuclear weapon, since there’s a new generation of Iranian scientists working for a program which is much more advanced and sophisticated than the one that Fakhrizadeh set up more than 20 years ago. The damage is therefore not to the program per se, according to Bar. Instead, the assassination has been a psychological blow to the program and its top participants, as it was carried out in broad daylight, just outside Tehran, proving once again that the long arm of Israel’s Mossad can reach anyone it identifies as an enemy.

“Thankfully, change is on the way,” writes Ben-Ami, still cautioning that “for President-elect Biden to have a real opportunity to restore and build on the JCPOA, others must step up in the remaining weeks of the defeated Trump administration.”

Therefore, Ben-Ami and J Street “call on Congress to make clear that it supports diplomacy as the primary means to address threats emanating from Iran, beginning with the restoration of the JCPOA. We call on our allies around the world to seek calm and refrain from any actions that would further escalate tensions. We call on the Iranian government not to respond to the provocation of the assassination, and exercise restraint in anticipation of responsible, competent American leadership again being in place.”

In political jargon, a “useful idiot” is a derogatory term for a person perceived as propagandizing for a cause without fully comprehending the cause’s goals, and who is cynically used by the cause’s leaders. The term has often been attributed to Vladimir Lenin, but this attribution is unsubstantiated. Another unsubstantiated attribution to the man who gave us the Five-Year Plan and Joseph Stalin, was, “The capitalists will sell us the rope with which to hang them.”

Regardless of who coined those two phrases first, I have no problem seeing Jeremy Ben-Ami as both a useful idiot and a guy selling rope to the Iranians. The alternative is much worse, namely that he knowingly labors to bring on the final solution to the Jewish State. 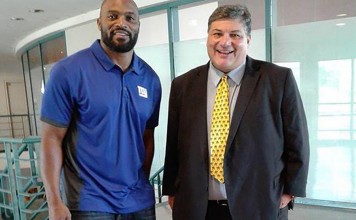 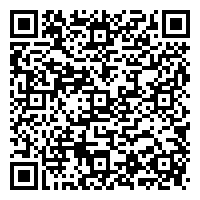