The area under the government of the Palestinian Authority has long been known as a place of miracles.

For instance, during the first and second intifadas, no one in the PA ever died from illness or other natural causes. Everyone, one hundred percent of the people who died there were killed, often brutally, by the IDF. It was known as the age of miracles, and will come back, no doubt, should a third intifada intensify.


Meanwhile, a separate miracle has been manifesting in the PA, whereby no olive tree is ever pruned by Arabs – they’re all cut down brutally by settlers who, let’s face it, hate olive trees and are even prepared to violate the laws off Shabbat to take down those poor trees.

Like yesterday, to follow Ma’an’s report, Israeli settlers chopped down more than 100 olive trees in “the village of Qaryut early Saturday.”

“Ghassan Daghlas, a PA official who monitors settler activities in the northern West Bank, told Ma’an that settlers from the illegal Israeli settlement of Eli destroyed over 100 trees.”

Here’s a telling factoid in the same Ma’an story: “According to a 2012 report on Israeli settler violence released by the Palestine Center, a Washington-based nonprofit, every year the olive harvest period sees the highest peak in attacks on Palestinian civilians and property.”

So, you prune your tree, then you realize there are so many broken branches rolling on the ground, they shouldn’t go to waste, so you come up with this ingenious story about settlers who are mechallel Shabbes because they hate olives.

Exactly three years ago, in October, 2010, our friends at the Tazpit news agency exposed Arabs and leftist activists (see picture above) who staged an attack on Palestinian fields in a bid to accuse settlers of vandalism, but didn’t know they were getting caught on camera. But for the most part the normal pruning makes the trees look like crazed Jews in their talaisim were all about, destroying one of the seven prized fruits of Eretz Israel. 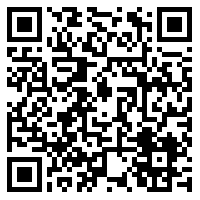