David Ha’ivri will be speaking with Inon Dan Kehati, an unusual and unexpected type of Peace Activist. Although Inon might be hard to tag or label, he is a a proud Israeli Jew and a patriot, as well as a man of faith. But those trying to to ‘package’ him would find it hard to call him a right-wing or left wing political affiliate. We will hear from Inon about a recent blog post that he shared about a frustrated Arab resident in areas under Israel’s control. Nabil, although considered by many to be a ‘Palestinian’, realizes the reality of Israel’s Authority in this land and just wishes to live his life as a person. But as we will hear he has reached the point of giving up hope for normal relations between Jews and Arabs in the land.

Inon on the other hand, is hopeful and optimistic, some may say that he is naive. He has established an organization or movement called “The Home” which sets out to arrange events in the Heartland of Israel and in our capital Jerusalem with participation of local Jews and Arabs, who together pick up cigarette butts and work to keep our Holy Land clean. This he does under the title “Cleaning up the Hate”. Is he a dreamer or a visionary? We are yet to see. But he surely has a very interesting perspective that is worth hearing. 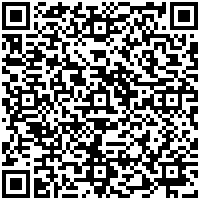