Rod Bryant and Jerry Gordon interviewed Dr. Harold Rhode while he was in Macedonia lecturing on the Iraqi Jewish archives and the importance of Jewish identity. Rhode was able with both Iraqi opposition and Washington connections to miraculously retrieve the Iraqi Jewish archives found in the flooded basement of Saddam Hussein’s intelligence headquarters in Baghdad in 2003 that were eventually and wonderfully restored by the US National Archives and Records Agency. The archives are awaiting a Trump White House decision to determine whether the Archives remain in the US or go to Israel, instead of Iraq.

This wide ranging interview with Dr. Rhode addressed Erdogan’s neo-Ottoman dictatorship, Iran’s divisions in the facing of rising protests by its people seeking a change from the tyranny of the Mullarcracy and Revolutionary Guards. He noted how the Islamic Regime abused the release of over $150 billion in funds under Obama’s nuclear agreement in misadventures in Syria and Yemen instead of benefitting its people. The Iranian people who he cited now denounce the ‘dictatorship’ of Supreme Ruler, Ayatollah Khamenei, instead praising the Crown Prince of the late Shah, Reza Pahlavi, a resident of the US. Rhode also addressed the matter of whether Israel’s rumored alliance with the Sunni Arab world, especially Saudi Arabia and the Emirates, is tactical or strategic, given that Israel is recognized in recent rankings as the eighth most powerful country globally. As we noted, Dr. Rhode has lectured in China universities about Jewish thinking behind Israel’s rise. He noted that the Chinese attributed Israel rise globally to ancient Jewish religious traditions of “thinking about the unthinkable” that affirmed Ha Shem’s covenant with his people.


Harold Rhode holds a Ph.D. in Ottoman History from Columbia University specializing in the history of the Turks, Arabs, and Iranian peoples. He also studied and did research in the universities in Iran, Egypt, Israel, Syria, Jordan, Iran, Afghanistan and Turkey, Uzbekistan, and Kazakhstan. Dr. Rhode Joined the Office of the Under Secretary of Defense for Policy at the Pentagon in May 1982 as an advisor on the Islamic world – with special emphasis on Turkey, Iran and Iraq. He wrote papers on how to understand, negotiate, and deal with Turkey, Iran, Central Asia, and the Arab countries. (1982-2010). He served as Advisor on Islamic Affairs in the Office of the Secretary of Defense – Net Assessment. 1994-Jan, 2010. He served in Iraq – Coalition Provisional Authority – Liaison to the Iraqi Opposition, March-June, 2003. He is widely published many Op. Ed. pieces in media such as The Wall Street Journal, Philadelphia Bulletin. In December 2013, Mr. Rhode was interviewed by The New English Review, in “The Savior of Iraqi Jewish Heritage”. 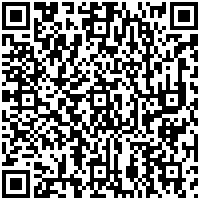