The public prosecutor’s office in Neuruppin, Brandenburg, in the former East Germany, told reporters this week it was investigating a man from Uckermark in northeastern Germany for incitement to hatred and other crimes, Deutsche Welle reported. The offender faces up to five years in prison if convicted, for running the a mail order website reichsversand (Reich Shipments), specializing in Nazi memorabilia as well as “joke” products such as peanuts packaged in a tin of Zyklon B.

Other products include SS linen, busts of Hitler and of other top Nazis, knockoffs of liquor brands renamed “Reichs Jägermeister” (Hermann Göring’s old job), or “Heil Hitler” beer looking suspiciously like Heineken. There’s also children’s furniture decorated with Nazi symbols, and much, much Nazi paraphernalia, the list goes on and on.

According to the Berliner Morgenpost, the real Jägermeister has taken legal action against the website’s alleged operator for copyright impingement. No word so far from the Görings.

Section 130 of the German penal code defines incitement to hatred as a criminal offense. This includes inciting hatred against a national, racial or religious group, and approving of, denying or downplaying an act committed under Nazi rule. These are not protected by Germany’s constitutionally guaranteed freedom of speech.

German public broadcaster RBB reported the accused man is involved in a trial over other Nazi-related crimes, which has been postponed since he moved to Gibraltar.

Funny, they usually move to Argentina. 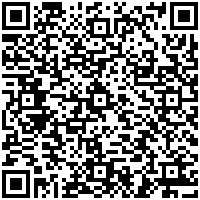