The international aerial firefighters who came to the rescue of the State of Israel in its hour of need will return home Tuesday after receiving the thanks of the nation at a special ceremony led by Prime Minister Benjamin Netanyahu at the Hatzerim Air Force Base in southern Israel.

Northern and central Israel remain on high alert, but the rest of the country is gradually returning to normal — as normal as is possible, that is — in the aftermath of a week in which 2,000 fires ravaged the Jewish State. After two full days without any major fires, officials sent home about half of the Home Front Command reservists called into service as tens of thousands of dunams of forest and brush land went up in flames along with hundreds of homes.


Last week, firefighting aircraft arrived to help battle nearly 2,000 blazes from Russia, Turkey, Greece, Cyprus, Canada, Spain, France and the United States, which responded to a request for its “SuperTanker.” The U.S. Boeing 747 SuperTanker from Colorado Springs is the largest firefighting aerial aircraft in the world and is capable of continuing to battle flames even after dark, while carrying up to 19,600 gallons of water or fire retardant. It also produces enough pressure to create eight rounds of a rain-like environment in fighting any blaze — a boon to any force battling a major forest fire, as was happening in Haifa and in the Jerusalem Hills.

Russia sent two giant Beriev Be-200 firefighting aircraft, each of which has a capacity of 12 tons (3,170 gallons) of water, or up to 72 passengers. The aircraft also have contain unique fire-fighting equipment that allows the plane to scoop water while skimming the water surface at 90-95% of takeoff speed — a crucial necessity in battling the constantly-appearing blazes that dogged firefighters all along the central and northern coastline.

Fire Services spokesperson Yoram Levy said fire stations in the north and along the coast would remain on alert with extra personnel due to the severity of the fires that had struck those areas. He added that firefighters had battled a total of 1,773 brush fires from November 18-26 but that no active sites remained at this point.

In Haifa alone, some 1,600 residents were left homeless with 527 apartments completely destroyed; 75,000 in the port city were forced to evacuate from their homes in 11 neighborhoods. These figures do not include the hundreds of other Israelis who were also forced to leave their homes, including dozens who were left homeless, in Zichron Ya’akov, communities in the Jerusalem Hills — including Moshav Beit Meir — and communities in Judea and Samaria, such as Halamish. 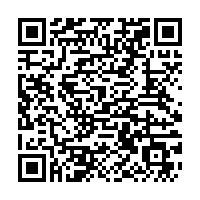