What do the riots in Gaza, Aliens, and Near Death Experiences all have in common? -Film Producer and Director, Richard Shaw.

Richard Shaw is a filmmaker and has produced, or directed, 14 feature-length documentaries, not including the film short, ‘The Truth About Gaza’


Shaw also produced, hosted and directed TORAH CODES, and ‘End to Darkness’, which was shot in New York and Jerusalem. Richard is currently in development to procure investment funds on two new projects. One of them is a television series about mysteries under Jerusalem, the other is a major motion picture about the Near Death Experience. He lives near Hollywood, California. You can visit his website at: www.pinlight.com and you can view and own the video ‘The Truth About Gaza’ for only $1.25 (to support video costs) at: vimeo.com/ondemand/thetruthaboutgaza 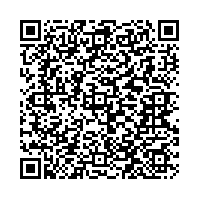