Recently, a local meeting of the Labour Party was held in London. People who wanted to attend the meeting were refused entry if they had ‘Jewish sounding’ names. Even if they showed their tickets, and even if they were journalists wanting to report on the event, they were turned away and refused entry if suspected to be Jews. One Jewish man protesting outside the building who was wearing an Israeli flag draped around him was attacked by a man that tried to set it on fire while the man was still wearing the flag. It brings back gruesome memories when again, Anti-Semites in Europe are trying to set Jews on fire, What is the situation, and the future of Jews in the UK?

Also, what role is Iran playing today in its meddling of Israel and the West Who are its proxies and how dangerous are they?

Last, it is the anniversary of the death of Rabbi Meir Kahane z”l HY”D this week. What lessons still need to be learned? 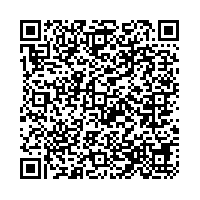