The weather is getting colder, and that means it’s time to get some good books to curl up to next to the fire with.
There is not a wide variety of really good novels in the Jewish fiction genre. So when one comes along, it’s nice to tell others about it.
Check out ‘Come Back For Me’ by Sharon Hart-Green. Order the book here: www.SharonHartGreen.com

Also:
Over the weekend, balloons attached with a bomb or an explosive burning device landed in Bat Yam, near Tel Aviv, and another balloon reached the capital city of Jerusalem near Israel’s Knesset or Parliament. Not all of these incendiary balloons are coming from Gaza. There’s been a call on Arabs living in Judea and Samaria, the areas north and south of Jerusalem, to join in with the Arabs of Gaza and make attacks on Israeli populations. We hear from an expert on security measures that Jewish communities need to make. Mordechai Sones, a news writer at Arutz Sheva, shares some interesting developments on the matter.


Last:
There are deadly vultures on the political map that must be stopped, and ‘Psychological Warfare’ should be used. Aaron Braunstein from www.covenantalliance.org tells us more. 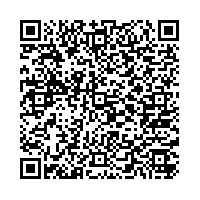