With a coalition crisis looming, and Prime Minister Netanyahu facing police questioning in numerous investigations, Caroline Glick, Senior Contributing Editor for the Jerusalem Post and renowned author, says that it would NOT be ironic for Likud to gain more seats if Israel goes to early elections. Glick explains that the Israeli public sees through the attacks being carried out against the Prime Minister and the “right” by the judiciary, media, etc. and thus as time goes on, continues to voice support for the PM and his party. Glick also discusses the Prime Minister’s current visit to Washington where he is speaking at the AIPAC Policy Conference and meeting with US President Donald Trump. She says that “Iran,” and its belligerency in the Middle East will be the focus of the talks between the two world leaders. 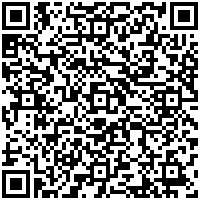